12 historic sites in London that you need to see

1. The Tower of London 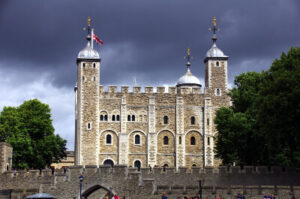 “Tower of London” by greenoid

Medieval fortress, palace and prison, and famous UNESCO World Heritage Site, the Tower of London was commissioned by William I following his victory at the Battle of Hastings in 1066. Built using Caen limestone, Kentish ragstone and local mudstone, the Tower was a means for the conquering king to cow Londoners, and also guard the downstream approach to London along the River Thames. The Tower of London was continually added to by future monarchs, holding its first prisoner in 1101- Ranulf Flambard, Bishop of Durham- and used as a royal residence in 1140 by King Stephen. Ranulf Flambard escaped from the Tower, but not all prisoners were as lucky. In Tudor times, King Henry VII ordered the execution of two of his wives, Anne Boleyn and Catherine Howard on Tower Green, within the confines of the Tower of London. It is nearby Tower Hill, however, that saw the greater bloodshed. One such unlucky soul was the Archbishop Sudbury, slain here by violent rebels in 1381, during the reign of Richard II. Discover our Tower of London tour. 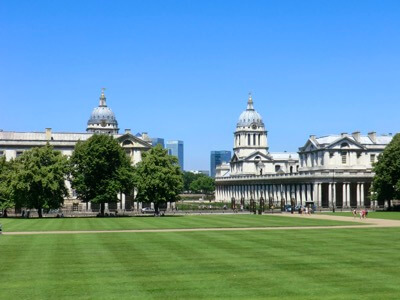 “Tower of London” by greenoid

Located in south east London, the name Greenwich has Anglo Saxon origins, meaning ‘green port’ and was controlled by the Danes in the 11th century. Greenwich Palace, first called Bella Court and later Placentia Palace, became a favourite for royalty. Henry IV wrote his will from Greenwich and it was the birthplace of Elizabeth of York, Henry VIII, Mary I and Elizabeth I. In 1675, the building of the Royal Observatory began and in 1694, Queen Mary created the Royal Naval Hospital. Today, Maritime Greenwich is a UNESCO World Heritage Site and well worth a walking tour. 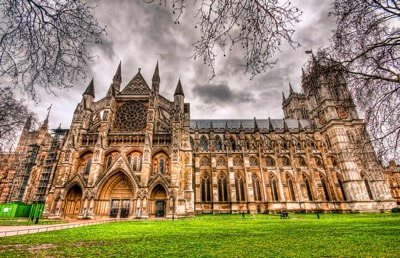 Taking a prime role in London’s history is Westminster Abbey in Central London. Some say that the very first church on nearby Thorney Island existed in the 7th century. King Offa of Mercia granted land to ‘St Peter and the needy people of God in Thorney in the terrible place which is called Westminster’. So, when Edward the Confessor began building Westminster Abbey, there was already a church here. Over time, Westminster Abbey rose in grandeur and importance with William I crowned here in 1066, starting a tradition that has endured through the generations, including the coronation of Queen Elizabeth I and Queen Victoria. This gothic and medieval masterpiece is also the final resting place of many members of the royal family, from Henry VII and Elizabeth of York to James I. For an expert travel guide to Westminster Abbey and beyond, you know who to call! 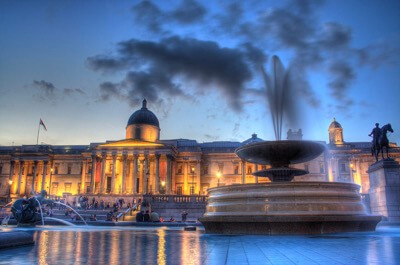 “The National Gallery on Trafalgar square” by ** Maurice **

In modern times, we know Trafalgar Square for the National Gallery and Nelson’s Column but it’s also one of London’s most historic sites too. In fact, Trafalgar Square was once the site of the King’s Mews, where Edward I is believed to have housed his royal hawks. In the 17th century, during the civil war, this area became a prison and over 4500 Cavalier prisoners were held here. It was only in 1830 that the area was cleared as part of John Nash’s Charing Cross Improvement Scheme, becoming known as Trafalgar Square in 1835. Interestingly, another of London’s museums- the Tate Britain- was also the site of an infamous prison, the Millbank Penitentiary. Take a richly rewarding walking tour of Trafalgar Square to discover more.

5. The Temple of Mithras 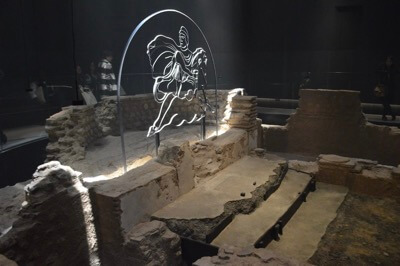 “Temple of Mithras” by Matt From London

It was long believed that a hidden temple devoted to the Persian God Mithras was buried deep within the London streets. And, in the aftermath of the extensive bombing of the City of London during World War II, the temple was finally uncovered. Believed to date back to the 2nd century and Roman England, the Temple of Mithras was the meeting place for devotees of a religion called the Mysteries of Mithras. 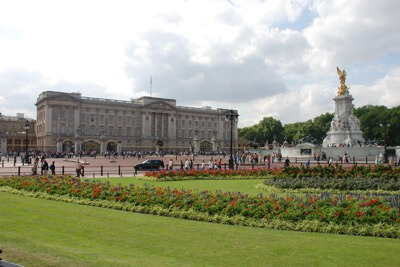 As the official London residence of Queen Elizabeth II, Buckingham Palace (alongside Windsor Castle and Kensington Palace) is one of the most famous buildings in Britain and yet, its beginnings were rather more modest. In the 18th century, John Sheffield the 1st Duke of Buckingham and Normanby, built his red brick house which he called Buckingham House, situated at the West End of St. James’s Park. George III later bought the house, with the King and Queen moving from Hampton Court to take up residence. The home was improved, but when King George IV came to the throne, it was no longer grand enough. Keeping the existing shell, Buckingham House was largely rebuilt using Bath stone to make room for a new Buckingham Palace, under the direction of architect John Nash. The 19 State Rooms that exist today were part of George VI’s vision for the new and improved Buckingham Palace. Sadly King George didn’t live to see the finished result, and it was Queen Victoria who was the first monarch to live at the Georgian palace- after yet more improvements. 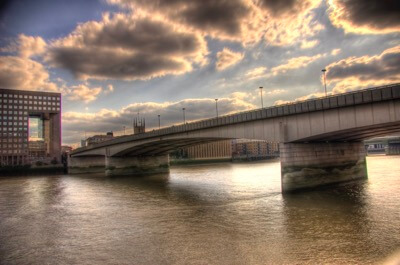 There are few sites in England more historic than London Bridge. Spanning the River Thames, and connecting Southwark with the City of London, the first (wooden) London Bridge is said to have existed in Roman times. King Ethelred burnt down the bridge in 1014 in his battle with the Danes, with the first stone London Bridge built from 1176. It was in 1305 though that the most gruesome London Bridge custom got started, that of displaying the heads of traitors on the bridge- parboiled and dipped in tar to preserve them- including those of Thomas More and Thomas Cromwell. A new London Bridge was built between 1823 and 1831 by Sir John Rennie, which was later sold and re-built in Arizona! In comparison, Tower Bridge only opened in 1894. The London Bridge you see today was built between 1967 and 1972. 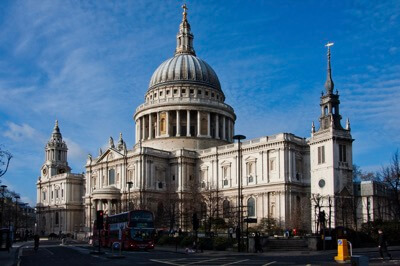 Undoubtedly another of the most historic places in not only London but the whole of the United Kingdom is St Paul’s Cathedral. It is here that St. Ethelbert created the first cathedral in 604. But there may even have been a Roman temple on this site earlier than that. Destroyed by fire, a second cathedral was built in stone only to be destroyed by the Vikings in 962, and yet a third was decimated by fire in 1087. The building of the Norman cathedral commenced soon after and Old St Paul’s became the backdrop for many defining moments in British history, including the wedding of Princess Catherine of Aragon to Arthur, Prince of Wales in 1501. Plans were afoot to demolish and rebuild Old St Paul’s in 1666- before the Great Fire of London broke out. The cathedral was so damaged that completely rebuilding it was the only option. Christopher Wren led the project, which took until 1711 to reach completion. The dome of St Paul’s, standing 365ft above the pavement, is one of London’s most famous landmarks. You can learn more about the secrets and splendours of St. Paul’s Catherdral by joining one of our walking tours. 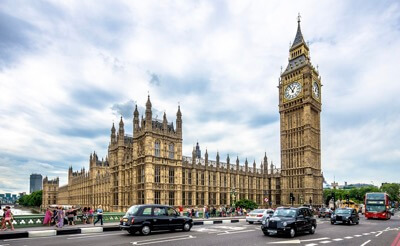 “Palace of Westminster” by Kurayba 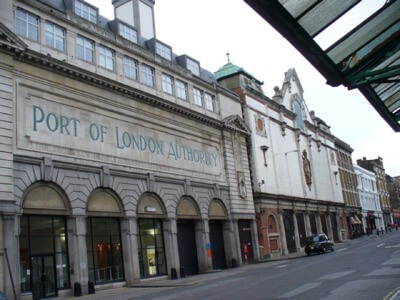 A place of execution for over 400 years, Smithfield took its name from ‘smooth field’ being a grassy space just outside the city walls. A horse market in the Middle Ages, Smithfield was also a prime location for battles, tournaments and merrymaking alike, hosting the debauched Bartholomew Fair for over 700 years. Rebels, criminals, witches and heretics were burned, roasted or boiled alive at Smithfield, before the gallows were moved to Tyburn in the 15th century. Yet even without the gallows, Smithfield was a magnet for violence, earning the moniker ‘Ruffians Hall’ in the 17th century. The area became a cattle market soon and conditions only worsened, with cattle slaughtered in the market and animal entrails filling draining channels. The London Central Meat Market opened in 1868, and exists to this day. 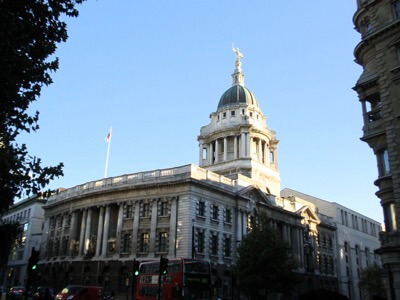 A prison since the 12th century, Lord Mayor of London and English merchant Sir Richard Whittington (aka Dick Whittington of the popular folk tale) left a legacy in his will to improve Newgate in the 15th century, only for it to burn down in the Great Fire of 1666. The new prison paid homage to Dick Whittington and his cat in the form of a statue (today, you can see the Whittington Stone at Highgate Hill). The inside of the prison, however, was far less appealing. A breeding ground for typhoid and all manner of diseases, and devoid of daylight, prisoners would sleep on the cold, hard stone. William Penn and Daniel Defoe were both prisoners at Newgate. The prison was rebuilt from 1770-1778. Shortly after, over 300 prisoners escaped during the Gordon Riots before the prison was burned to the ground. Built again in 1780-1783, Newgate took over from Tyburn as the place for public hangings, with a scaffold erected in Old Bailey, in front of the prison. Newgate was demolished in 1902 to make way for the Old Bailey, the Central Criminal Court of England and Wales. 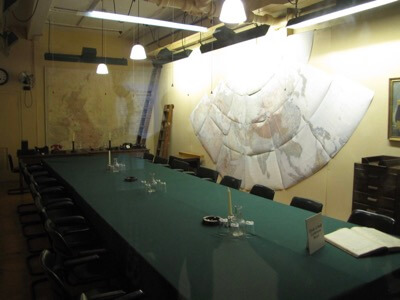 Indelibly linked to an important part of British history are the secret Cabinet War Rooms. This hidden bunker in Westminster was where Winston Churchill led the war effort during World War II. Part of the Imperial War Museum, the war rooms were created using a collection of basement offices in Whitehall, and further reinforced with concrete to withstand bombs. The prime minister and his cabinet met at the War Rooms 115 times during the war. To walk in Winston Churchill’s footsteps, how about this guided tour?