London is one of the most fascinating cities in the world. But what is it that draws you to London? Perhaps it’s London’s palaces and prisons, towers and turrets, scenes of some of the most important events in history. Or maybe London’s darker ancient past intrigues you, the London of Jack the Ripper and soot-smeared chimney sweeps. It could be that modern-day London is what you want to discover, filling your arms with produce at Borough Market or visiting the haunts of Harry Potter. Culture too could be your pull to the capital, with around 170 museums to explore. And in a city so filled with promise and opportunity, a private tour can help you to make the most of your trip to London.

Private Walks for Adults start at £170, and we have even better rates for full time students and senior groups.

Sure, you can visit London and see the sights like the Tower of London, Buckingham Palace and Westminster Abbey all on your own. But to really bring London to life, you need to see the city like a Londoner and that means having an expert tour guide at your side. With a private tour it’s just your small group with a London Walks Guide, meaning you’re not going to miss a single detail of London’s many treasures. Whether you’re after a full day or a half-day tour, London Walks has a whole raft of private tours of the greatest city on earth, tailored to your interests and needs. But where to start? Here are some of our most popular London walking tours that are ideal as private walking tours.

Here are 7 walking tours that are ideal as private guided tours in London. Fancy something different? No problem, just tell us where you want to go and what you want to see. From Soho and the British Museum in London’s West End, Nelson’s Column in Trafalgar Square to the crown jewels of the Tower of London, we know London like the back of our hand, and with a private tour from London Walks, you will too! 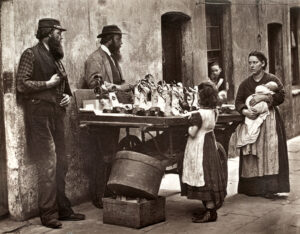 Cobbled streets in dingy alleyways, starving urchins with caps outstretched, pickpockets operating under flickering gas lamps, Victorian London is a scene we can conjure from novels like Fingersmith and Oliver Twist. It’s easy to imagine that every trace of London’s Victorian past has been erased but if you know where to look, you can see remnants of Victorian London everywhere. On a Darkest Victorian London private tour, London’s villainous past will be laid bare. 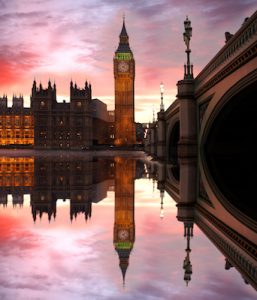 No trip to London is complete without a visit to some of its most famous landmarks like the Houses of Parliament and Big Ben, Westminster Abbey and the medieval Jewel Tower. With a private tour – guided by a top-flight, award-winning Blue Badge or City of Westminster guide – you’ll see those iconic London landmarks but you’ll also go off-piste, take in Georgian backstreets and hidden squares, Winston Churchill’s war rooms, the political salons and private places that are the secret engine rooms of history. 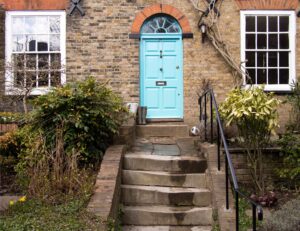 Most first time London visitors don’t leave central London, but they’re missing a trick because just 10 minutes’ tube away lies Hampstead Heath. On a Hampstead Village and Heath private guided tour, you’ll get a feel for what it’s like to live in one of London’s prettiest villages, walking the cobbled lanes and the vast green Heath like Keats and Freud before you. 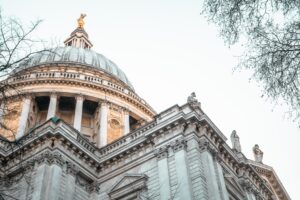 If, like us, you’ve been hooked on Netflix’s The Last Kingdom, the Famous Square Mile sightseeing tour takes you to the scenes of the action. The City of London, also known as the Square Mile, is just over 1 mile of the capital city. But what a mile it is. The Square Mile is the oldest part of London, dating back to 43 AD when the Romans christened it Londinium. From St. Paul’s Cathedral to Borough Market, the Bank of England to Tower Bridge, your expert guide will give you an exclusive glimpse into the London of old. 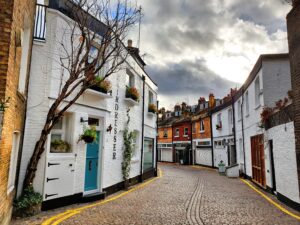 As a bespoke day tour, they don’t come any finer than the Kensington Royal Village walking tour. Kensington Palace, once home to a young Princess Victoria, later Queen Victoria, and now the Duke and Duchess of Cambridge’s London residence, Kensington is perhaps the most exclusive of London’s neighbourhoods. But as well as the tourist trail, your guide will lead you to the exotic hidden gardens, the regal avenues and past the world’s greatest museums.

Take a chauffeured sightseeing tour of a different kind as you hop aboard a boat for a cruise along the Thames, taking in some of London’s premier sights. From the London Eye and Big Ben to Westminster Abbey and Tate Modern. As well as the big hitters, your private tour guide will also make sure you spot the lesser-known gems along the Thames, like London’s largest thatched roof and the infamous entry to the traitor’s gate at the Tower of London. 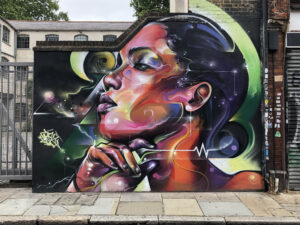 One of the most intriguing spots in London is the East End. From Poplar, brought to life in Call The Midwife, to arty Shoreditch, the East End is an area of London you shouldn’t overlook. One of our most popular London tours, you’ll see the vibrant markets of Brick Lane, trendy Spitalfields and the street art, but your private tour guide will also tell the tales of the East End’s sieges and battles, the reign of The Krays and the devastation of World War II.

Covid has meant that many of us can’t get to London to walk its streets in person. The next best thing is a virtual tour, and they make ideal private tours too. Is it the scandal of Mayfair that tickles your fancy or 17th century Covent Garden? Perhaps it’s delving into the magnificence of Henry VIII’s Hampton Court Palace, relinquished by Cardinal Wolsey to the covetous Tudor king.  There are over 40 virtual tours available to book. Due to the nature of virtual tours, we can take you further afield than London and the UK to places such as Rome and Venice! Best of all, virtual tours are ideal as private tours for families, work colleagues and small groups.

Private tours outside of London

We love London, home to four outstanding UNESCO World Heritage Sites: the Palace of Westminster, the Tower of London, Greenwich and Kew Gardens. But there are many more UNESCO World Heritage places to visit outside of London too. Let a London Walks expert driver-guide show you Britain’s most beautiful spa cities, ancient cathedrals and prehistoric monuments. We can even arrange a private chauffeur and London Walks guide to make your private tour of Britain something extra special.

Stonehenge is the best known prehistoric monument in Europe. More than that though, it’s a place of spirituality, inspiration and a feat of engineering. An added bonus on this London Walks private tour is the medieval cathedral city of Salisbury.

Home to the Queen of England, wedding venue for Prince Harry, Princess Eugenie and 15 other royal couples, Windsor Castle sits in the charming 11th century town of Windsor. The oldest and largest castle in the world, a private tour of Windsor Castle will be a highlight of your London trip.

A private London day tour full of ancient spires, leisurely punting past the meadows where Lewis Carroll wrote Alice in Wonderland, and soaking in the atmosphere. Oxford is where you will find the oldest university in the English-speaking world, dating back to 1096.

The Georgian city of Bath, where fashionable ladies and gentlemen would promenade The Royal Crescent before an appearance at the Pump Room. Your private tour of Bath will of course include the Roman Baths where the bronze head of the goddess Sulis Minerva resides, then perhaps the Jane Austen Museum or a meander along the River Avon.

It is hard to imagine a more chocolate-box pretty collection of villages and verdant green countryside than you’ll find in the Cotswolds. Thatched roofs and country pubs, rolling hills and rose strewn cottages, this Cotswolds private tour is an English delight.

Venture back to Chaucer’s England on the London Walks private tour of Canterbury. Centred on the awe-inspiring Canterbury Cathedral, where Archbishop Thomas Becket was slain in 1170, Canterbury is a charming city full of quirky, independent shops and medieval cobbled lanes.

Think of that time-honoured adolescent combination of boredom, lethargy and free-floating belligerence. There, in a nutshell, is why it’s important to get the right guide. You want a guide who can snap them out of that. Just like that. And keep them out of it. Some guides can do that. It’s a god-given talent that some guides have got and others don’t have. You’re booking a private walk for a school group you want a guide who’s got that ability as part of their skill-set.

You might imagine that walking tours and children don’t mix. Actually though, a walking tour and specifically a private walking tour, can be perfect for families. London is history, intrigue, treason and destruction. It is grandeur, colour, fun and excitement. With a private tour of London, you can tell us what interests your children and we’ll package it up into a unique London tour. 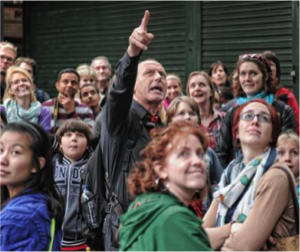 There are tourist guides and then there are London Walks guides. You can see London like a tourist, or you can see into it, have its secrets opened up by a barrister or a museum curator or a crime historian who’s a London Walks guide. You can tick off the landmarks or you can have them lit up from within by an archaeologist or geologist. Genuine expertise in harness with passion, interest and dedication is an unbeatable combination. A surefire way of bringing a subject to life. And that’s what you’ll get when you book a private tour with London Walks. The highest calibre of professionally qualified guides, but more importantly, experts in their field, ready to show you around London the way it deserves to be seen. At London Walks, our guides are our greatest asset, our hallmark. Just check out our Google reviews and see for yourself.

Running late, need to reschedule your private tour of London or even make a cancellation, we will always do our very best to accommodate you. Your aim is for a private London walking tour that meets the needs of those in your group, with the right guide for you so you can see London in all its glory. That’s our aim too, and we’ll do everything in our power to make sure that happens. Whether it’s your first walk with us, or your 30th, let London Walks design your private walking tour.

N.B., the guides’ cancellation charges are as follows: