The Magic of London Virtual Tour

From Sherlock Holmes to Harry Potter

Join our wonderful guide Richard on an adventure through London’s wizarding world, with anecdotes from the Harry Potter film series to Sherlock Holmes stomping ground. This online guided tour is for both Harry Potter fans and others who are interested in filming locations around London.

Meeting point: Zoom! Once you have booked on Eventbrite through the Book Now link above, I will send you a zoom meeting link for you to join from the comfort of your living room.

London is a magical city and there is a magical way to discover its charms thanks to Zoom. No planes, no passport control, no hotel bills just experience it all from the comfort of your home…

We will explore the London of Arthur Conan Doyle, who gave us Sherlock Holmes. Charles Dickens and William Shakespeare who gave us everything. And JK Rowling who gave us Harry Potter. With 14 Harry Potter film locations this really is the ultimate tour for muggles as well as for those who have never picked up a Harry Potter book.

J. K. Rowling came up with the ideas for creating the Harry Potter books on a Sunday when she was returning by train from Manchester to London. She had spent two years working and soaking up the magic of London so it’s not surprising that so much of London weaves through the Harry Potter stories.

The magic begins in Piccadilly Circus close to the country’s most magical bookshop – Hatchard’s. And right next to where Dr Watson first heard about Sherlock Holmes. 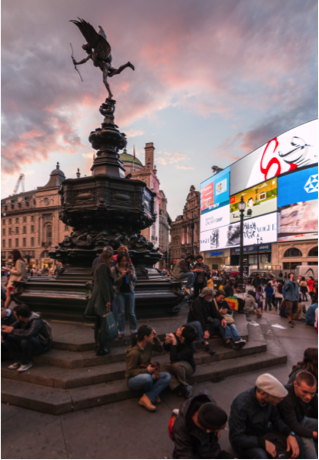 And right where Harry Potter, Ron Weasley and Hermione Granger managed to destroy the Shaftesbury Avenue café in their fight with two of the Dark Lord’s Death Eaters, Antonin Dolohov and Thorfinn Rowle.

Just up Shaftesbury Avenue from there is the Palace Theatre where Harry Potter and the Cursed Child is still waiting to make its return. 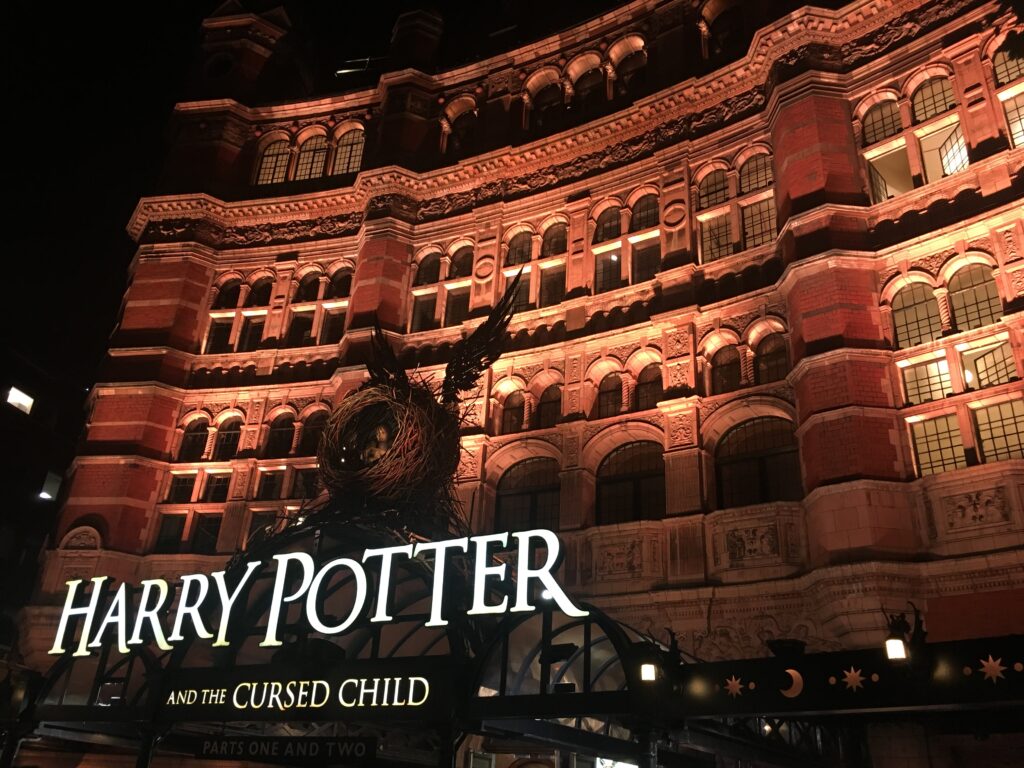 At the other end of Cecil Court is St Martin’s Lane where the Duke of York’s Theatre stands. And that is the theatre where Peter Pan first asked everybody to clap if they believed in fairies. Well Arthur Conan Doyle believed in fairies so why shouldn’t you?.

The world’s longest-running play is close by and waiting to begin its record-breaking 69th year!

Of course London is littered with atmospheric alleyways and we will check out two of them as we pass through the heart of London’s theatreland on our way to Trafalgar Square. This is of course another famous London location that appears in the Harry Potter films. 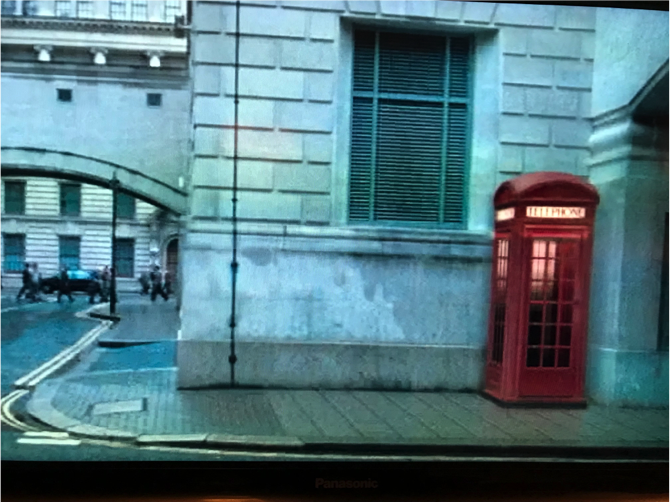 We are in historic Whitehall and right where Harry, Ron and Hermione drink that horrible tasting Polyjuice Potion.

It’s also where one of the most important buildings in London stands.

The Banqueting House is special and not just because the cast used it as a very elegant dressing room when filming Harry Potter and the Deathly Hallows Part One. Remember the workers’ entrance to the Ministry of Magic? When Harry, Hermione and Ron flush themselves down a toilet? Well it’s right next to the Banqueting House.

The Banqueting House is the very first building to have been built in the classical style in this country. It’s the only remaining piece of the once-great Whitehall Palace and it is the site of the only execution of the Monarch of this country. It’s also right opposite where the soldiers of the Household Cavalry now guard the present monarch.

Downing Street, Westminster Abbey, the Tower of Big Ben, the Houses of Parliament – and yes you’ll be able to tick them off. Then we go briefly underground so we can check out Westminster Underground Station where Arthur Weasley got confused with the ticket barrier in Harry Potter and the Order of the Phoenix.

And then it’s the River Thames. You’ll be able to check out the bridge where the night bus squeezes between two London buses in Harry Potter and the Prisoner of Azkaban. That’s because we will be standing on Westminster Bridge.

Westminster Bridge is of course the bridge that inspired William Wordsworth to write his beautiful sonnet. And because this is a virtual tour we will be able to enjoy the view he enjoyed more than two hundred years ago.

London looks different when viewed from the river and of course some of its most important landmarks nestle on the banks of the Thames and nowhere is the river more magical than here in central London.

The very part of the River Thames that the wizards – Harry, Mad-Eye, Tonks and Kingsley Shacklebolt – flew down on broomsticks on their way from Little Whinging to 12 Grimmauld Place.

You’ll see where the Dragon flew when it escaped from the vaults of Gringott’s Bank in the last of the eight films, Harry Potter and the Deathly Hallows Part Two.

And then there is the magnificent Millennium Bridge that the Death Eaters manage to shake to pieces in Harry Potter and the Half-Blood Prince.

And there is a wonderful view of Christopher Wren‘s masterpiece St Paul’s Cathedral.

There is a reminder of another English writer you may have heard of because one of London’s many fine theatres is right here – probably the most picturesque of all of them. The magnificent replica of Shakespeare’s Globe Theatre.

Then it’s onto London’s busiest and oldest market. Borough Market, and the site of the Leaky Cauldron used in Harry Potter and the Prisoner of Azkaban.

Then we cross the river by way of London Bridge with its great view of Tower Bridge. Tower Bridge which you see under construction when you see Robert Downey Jr taking on the role of Sherlock Holmes.

And of course there is the Tower of London.

We get to check out the history behind London’s very own Goblet of Fire and discover its connection to the very first Harry Potter story.

And then beautiful Leadenhall Market where John Wayne and Richard Attenborough filmed in Brannigan – where Angelina Jolie rode her motorbike in Lara Croft Tomb Raider. And where Harry asks the question – “Can we find all this in London?“ To which Hagrid, like any good tour guide replies, “if you know where to go.“ 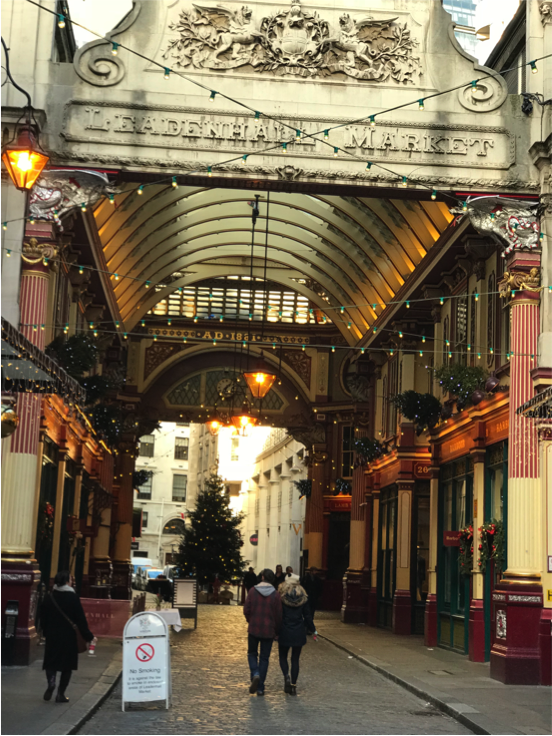 Then we head into the City’s most atmospheric and ancient little alleyways. Fine inspirations for Diagon Alley and Knockturn Alley. And the setting for some of the great tales from the pen (or quill) of Charles Dickens. A Christmas Carol with old Scrooge was set in these alleys. It is also where London’s very first coffee shop opened.

And we end at the real-life Gringotts Bank. The venerable Old Lady of Threadneedle Street – the Bank of England – founded in 1694 and still going strong. This is the very heart of the City of London with the Lord Mayor’s Mansion House and the 1844 version of the Royal Exchange still standing proud.

You have explored the very best of the City of Westminster and the City of London. The world that inspired Conan Doyle, Charles Dickens, William Shakespeare, William Wordsworth and of course it’s the real world of the boy wizard – “the boy who lived“ – Harry Potter.

When you do happen to be in London, be sure to go to King’s Cross train station where the Hogwarts express departs and was actually used as a film set for the Harry Potter movies! There you can take a photo with the luggage trolley at platform 9 3/4. You can also book onto a Warner Bros. studio tour London where you can have dinner in the great hall and see Dumbledore’s office. 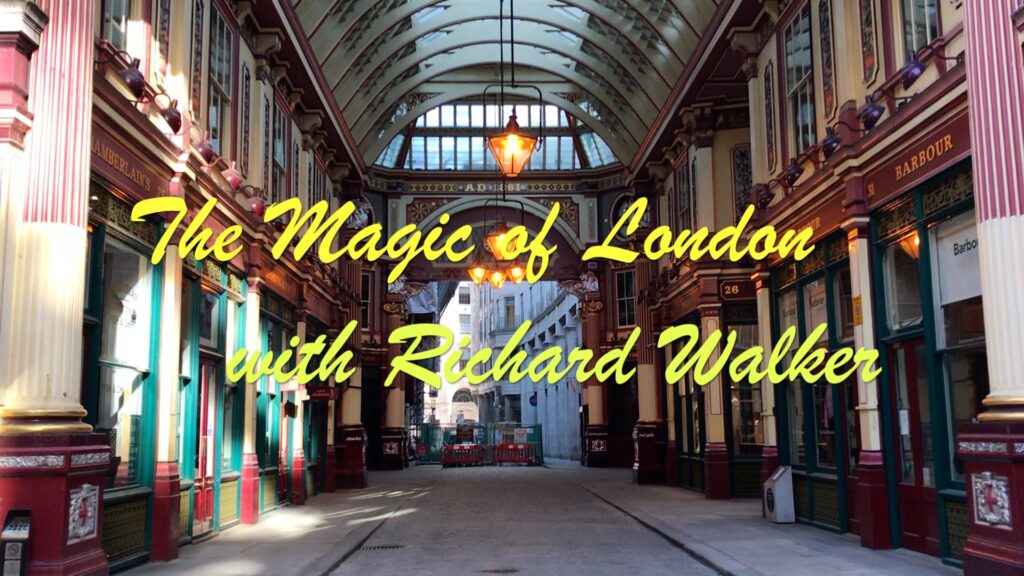 “Evening Richard, Darren and I would like to say Thank You for such a wonderful virtual tour, we have been lucky to do quite a few ‘real’ tours and were not sure how this would compare, it was great. We are always amazed how we always learn new facts from a place which we have lived and worked in for many years. We have shared with friends and family. Can’t wait to be able to visit our wonderful city in person. Thank you again – kids in the background cooking dinner also loved it. Clare H.” 7 Feb. 2021

Reserve your place on The Magic of London – Virtual Tour