14 Reasons That The Great Fire Of London Destroyed London

It was about 2 am on Sunday, September 2nd, 1666. London, home to 350,000 people and one of the largest cities in Europe, was about to change forever. The Great Fire of London was, arguably, the single most important event in London’s history. 400 acres within the city walls were burned, 13,200 houses were lost and 87 parish churches were destroyed. In a city regularly plagued by fire, we look at the 15 reasons that the Great Fire of London became the most devastating fire the city had ever seen. 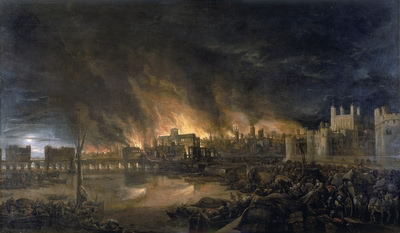 1. It was Shakespeare’s London

To really appreciate what was lost in the Great Fire of London, let’s step back in time. Even though Shakespeare had died some 50 years before, this was still very much Shakespeare’s London. It was a medieval city that was home to the Tower of London, London Bridge and of course Old St Paul’s Cathedral, the focal point that dominated the London skyline. A city of bell towers and spires. A walled and gated city. A city with over 1000 taverns. And a city very much oriented to its highway – the River Thames.

2. A fire waiting to happen.

In the 17th century, London was densely packed, dark with overhanging buildings. Belching furnaces breathed soot over almost every imaginable surface. Most of the 13,400 houses were largely made from timber and covered in a highly flammable substance called pitch. Firefighting skills and knowledge were basic, with no formal fire brigade. And, after a summer with little rain, everything was parched – ideal conditions for fire to spread.

3. Pudding Lane was where the fire began

Pudding Lane, a narrow lane of ramshackle old wooden houses was where the fire began. It was at Farriner’s baking house, home to Thomas Farriner, his wife and daughter, plus man and maidservant, where a single errant spark triggered the conflagration. In the inquest, Thomas Farriner claimed that he had banked down the oven at 10 pm on Saturday the 1st of September, and that when he returned at midnight to light a candle, there was no ember. To his dying day, Farriner claimed it was an arsonist that set his home alight.

The Great Fire started slowly at around 1 am. So slowly that all but the maid in Farriner’s household were able to escape from an upstairs window across the rooftops, the maid being too scared to attempt it. And so slowly that Farriner’s neighbours were able to remove their valuables, and themselves, from their homes. Unbelievably, given the devastation of the Great Fire of London, fewer than 10 lives were lost.

When the Lord Mayor, Sir Thomas Bludworth, arrived at the scene of the fire, he issued one of the greatest misjudgements of all time. Bludworth decreed that this was a nothing much fire, a piddling fire, uttering the derogatory phrase: ‘a woman might piss it out’ and went back to bed. This was a grave mistake. Samuel Pepys would say in his diary that the Mayor was “a silly man, I think” and “a very weak man.” 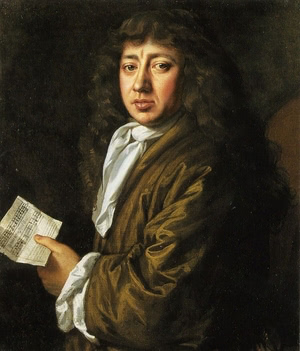 To the east of Pudding Lane was Fish Street Hill, leading down to London Bridge. And it was to Fish Street Hill that the fire spread, to a coaching inn called The Star. And to the Inn’s stable, filled with hay. As the fire gathered fuel and ferocity, the dual lines of fire made their way towards Thames Street and London Bridge. Fish Street exists to this day, with a monument designed by Sir Christopher Wren to commemorate the historical event. The monument is 202ft high, and if laid flat, would land at the exact spot where the fire started.

7. It became a monster fire on Thames Street

Docks and wharves. Pitch, oil, spirits, tar and great stacks of hay. It is little wonder that Thames Street was said to be ‘the corner of London favourable above all others to the spread of fire’. Aided by such plentiful combustibles, the Great Fire of London gathered pace. Thankfully, a spark that made it across the Thames to a stable at Horseshoe Alley in Southwark was extinguished.

8. A gap that saved half of London Bridge

In 1666, London Bridge was lined with wooden houses which quickly caught fire. His eyewitness account recalls seeing the fire ‘rage every way, and nobody, to my sight, endeavouring to quench it, but to remove their goods, and leave all to the fire’. John Evelyn was another diarist who gave an account of the Great Fire of London, and the Great Plague of London too. 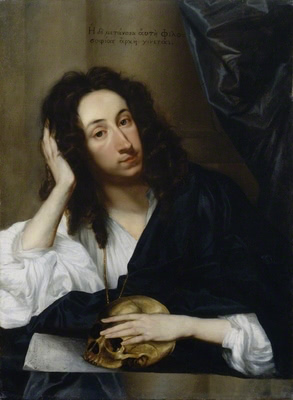 9. The King and Duke knew nothing of the fire.

Pepys hurried to Whitehall for an audience with King Charles II and the Duke of York. Both King Charles and the Duke were unaware of the fire, and Pepys was ordered to tell the Lord Mayor to pull down houses using fire hooks – removing the fuel from the fire. Despite this, the fire continued to burn.

10. Wind direction and blowing up houses saved the Tower

As London burned, many of England’s great buildings perished. The Royal Exchange, the Guildhall and of course St. Paul’s Cathedral. The Tower of London was saved thanks to its being upwind, its solid stone construction and by bringing in the Navy to blow up houses on Tower Street.

11. The fire raged for three days

Strong winds and drought conditions meant the fire continued to rage. By the 4th of September, over half of the City of London had been consumed and by the 5th of September, the Great Fire of London was largely under control.

12. A man was executed for starting the fire

After the fire that changed the course of London’s history, the city wanted revenge. A confession, believed to be false, was extracted from Robert Hubert, a Frenchman, and he was duly executed at Tyburn.

13. From the ashes rose the new London

Christopher Wren was appointed as Surveyor for Royal Works and Robert Hooke became Surveyor for the City of London. With Hooke and Wren at the helm, London slowly began to be rebuilt. 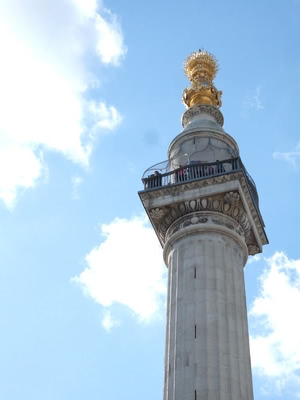 Fire was a daily occurrence in medieval London, and in fact right back to Roman times. When St Paul’s Cathedral burned in 1666, it was the fourth time it had suffered such a fate. And the Great Fire of London wasn’t to be the city’s last. A fire caused by the air raids of the Blitz during World War II decimated London once more. The Great Fire of London was such a momentous moment in British history, that the Museum of London even created a children’s game in 2016 to commemorate the 350th anniversary of the fire.