Turkey’s Western Mediterranean region is not just a pretty face – it also has one of the largest assemblies of ancient ruins in the country. 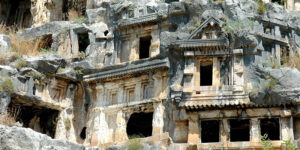 There are many reasons why people flock to Turkey’s Turquoise Coast on the Mediterranean. The country’s longest beach is here at Patara. There are some stunning resorts and attractive cities, including the capital, Antalya with its historic centre. Turkey’s foremost long-distance hiking trail is here. And the region can boast some of the best restaurants outside Istanbul. But many visitors also come for the abundance of ancient ruins here that are unique to Turkey. They are not Greek or even Roman remains but Lycian. 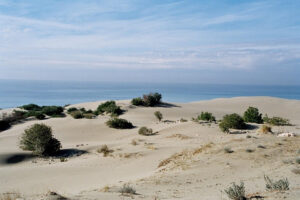 Ancient Lycia, stretching 350km (or 220 miles) on the Teke Peninsula between Dalyan in the west and Antalya in the east, dates back to at least the 12th century BC. But it first appears in writing about 300 years later when Homer records the presence of Lycians during an attack on Troy in his epic poem, the Iliad. The Lycians were overrun and ruled by everyone from the Persians and the Greeks to the Romans, but they were finally eclipsed by Byzantium in the early 4th century AD. But before that they had established the Lycian League, which is generally thought to be the first known democratic union of city states in history. And centuries later, the founders of the US would look to this early federation for inspiration when they drafted the Constitution. 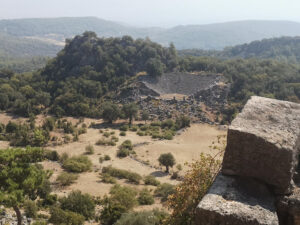 The Lycian civilisation left behind very little in the way of material culture or written documents; in fact, their own unique language has still not been fully decoded. What it did leave to posterity, however, was some of the most stunning funerary monuments from ancient times. Cliff tombs, so-called house tombs, sepulchers and sarcophagi – the peninsula’s mountains and valleys are littered with them, and most are easily accessible by car or on foot via sections of the 500km-long Lycian Way. 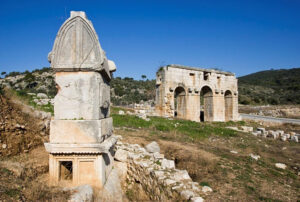 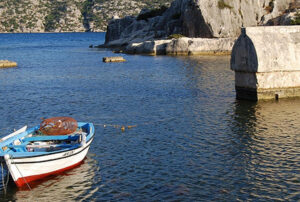 London Blue Badge Tourist Guide and Lonely Planet guidebook writer Steve Fallon knows Turkey very well. He updates the Turkey Lonely Planet guide every two years and owns a house in Kalkan, in the heart of ancient Lycia. He’ll kick off the tour by walking us briefly through the history of Lycia – its rise and demise over a relatively short millennium and a half. Then we’ll set out for the sites, such as Tlos, Arykanda and the ancient capital, Xanthos, perched precariously atop hills; the onetime port of Patara, where the apostles, St Paul and St Luke, changed boats while on a mission and where St Nicholas (better known as Santa Clause) was born; and Pınara and Myra with their ornate tombs carved into cliffs. And at Myra’s nearby port, Andriake, the ruins of the first synagogue found in ancient Lycia and dating back to the 3rd century AD have been uncovered. 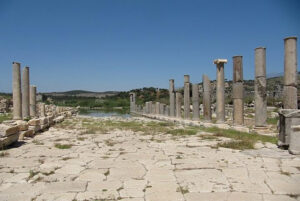 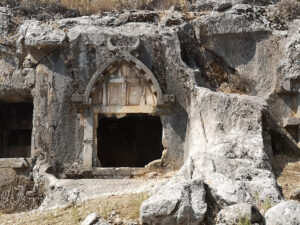 Reserve your place on Turkey's Turquoise Coast: Meanders both Ancient and Sacred