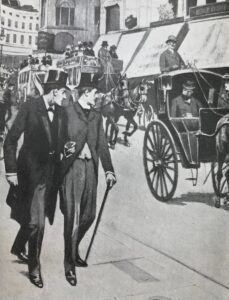 The footsteps of Sherlock Holmes and Dr Watson still echo loud and clear amid the glorious buildings, fascinating alleyways and evocative gas lamps of the Strand and Covent Garden. Among the highlights are two theatres where Holmes got the better of Professor Moriarty, and a third where he went with Watson to celebrate the end of two thrilling cases.

We track down Dr Mortimer’s old hospital from ‘The Hound of the Baskervilles’ (Holmes was later taken there for emergency treatment), a street where Mycroft Holmes displayed uncharacteristic energy to help Watson, Holmes’s favourite restaurant, and the scene (barely changed) of a famous rendezvous with Mary Morstan in ‘The Sign of Four’. 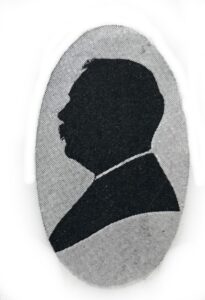 We pick up the trail of William Gillette, the first great actor to play Holmes, and see the unobtrusive office building where the fate of Irene Adler was decided (and the start of her journey when she left England ‘never to return’). 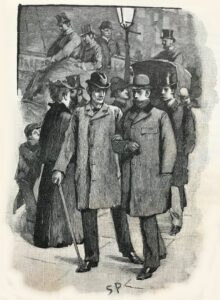 Plus turning our magnifying glasses on a location used in both the BBC’s ‘Sherlock’ and CBS’s ‘Elementary’, and a railway station where our heroes set off on two of their most baffling cases. 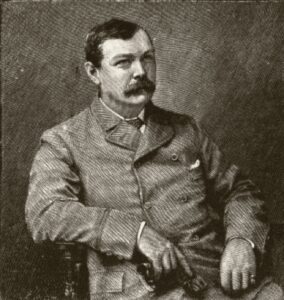 Not forgetting several clues about Arthur Conan Doyle himself: we visit a street where he stayed whilst working on some of the original stories, the offices of the Strand Magazine where Holmes became famous, and even a theatre where Holmes once came to the rescue of his creator— intriguing!

Nobody does better podcasts than Richard. 1. Because he’s so bright. 2. Because he’s the consummate professional. 3. Because of his warm, friendly manner. And 4. because of that Stradavarius of his, that mellifluous voice – and that huge raft of experience he’s had as an Audiobook performer (they don’t hire people who have a less than well nigh perfect voice). And, happily, Richard’s done a superb Sherlock Holmes podcast for us. So, you want a recommendation, trying to decide about this one, whether it’s for you, you can’t do better than listen to Richard’s podcast about Sherlock Holmes and Dr Watson and their London, their time, their world, their adversaries. Pull up a chair, settle back and click here.