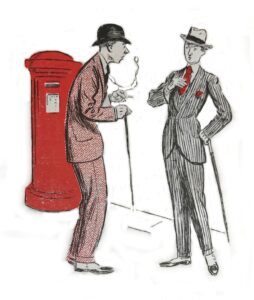 Nobody does better podcasts than Richard. 1. Because he’s so bright. 2. Because he’s the consummate professional. 3. Because of his warm, friendly manner. And 4. because of that Stradavarius of his, that mellifluous voice – and that huge raft of experience he’s had as an Audiobook performer (they don’t hire people who have a less than well nigh perfect voice). And, happily, Richard’s done a superb podcast for us about Wodehouse, his books, characters, his time, his London. So, you want a recommendation, trying to decide about this one, whether it’s for you, you can’t do better than listen to Richard’s podcast about The World of Wodehouse. Pull up a chair, settle back and click here. 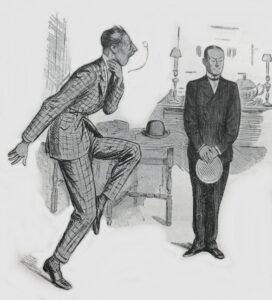 Mayfair between the wars. The land of Galahad Threepwood, Bingo Little and countless Mulliner relatives. And of course Jeeves and Bertie Wooster. Three addresses where Wodehouse himself lived nearly 100 years ago. The inspiration behind the notorious Drones Club. Grosvenor Square and Uncle Fred’s childhood memories. The arcade where Bertie bought the Old Etonian spats which outraged Jeeves, and the police station where Bertie (aka ‘Ephraim Gadsby’) was taken into custody (yet again). Two homes of a close friend and colleague of Wodehouse, which he used as his characters’ addresses. The little tea shop near the Ritz where romance blossomed. And aunts, aunts galore! 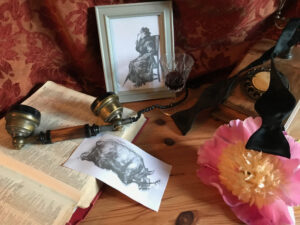 P. G. Wodehouse, genius of comic writing, was backwards and forwards between London and New York throughout the 20s and 30s, and the fictional world he created around his real London never grew old. Over a century since the immortal Jeeves first shimmered into view, we pick up his trail in the Master’s favourite corner of London… 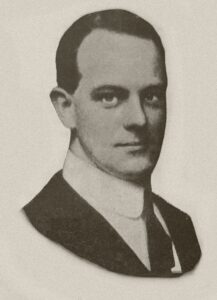 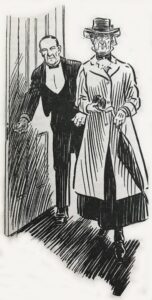