Thinking about going on this one? Click here for Richard’s fascinating, assured, so-easy-to-listen-to (that Audiobooks voice of his) podcast about Hitch and London. 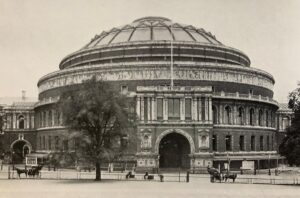 Alfred Hitchcock, acclaimed master of suspense, died 40 years ago but is still one of the most influential and recognisable personalities in cinema. And a quintessentially English personality at that. This might seem surprising in a way: after all, he was based in the United States for half his life, eventually became an American citizen, and was only honoured by his native country with a knighthood months before his death. Moreover, most of his best-known movies were made within the Hollywood studio system, and the vast majority of books and television programmes associated with him came from the US. 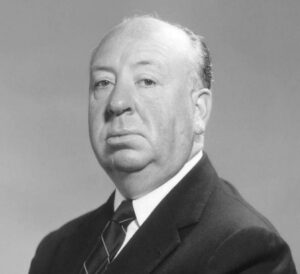 But Alfred Joseph Hitchcock was born in Leytonstone, east London, and English settings, particularly London settings, were an essential ingredient in much of his work. As a boy, Hitchcock was fascinated by maps and timetables, and these provide an ideal window into his world. From two fateful bus journeys in Sabotage and The 39 Steps, via an impressive setting for an attempted murder in Foreign Correspondent, to the world-famous London venue used at dramatic high points in three of his films, this virtual tour takes an affectionate look at the locations and personalities of the city he knew best.

From the nail-biting suspense of his first innocent man on the run in The Lodger, to the grim activities of the ‘Necktie Murderer’ in Frenzy – 50 films and 45 years later – we will see how London and its memories continued to influence him into his golden years in Hollywood, even in classic films like Vertigo and Rear Window.

Reserve your place on Alfred Hitchcock in London – Virtual Tour