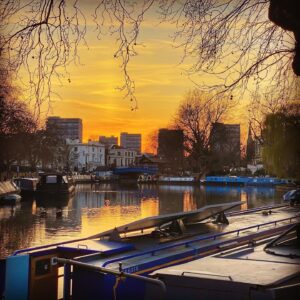 Long read: For discovering a secret corner of London closed to the public for 200 years. But now the padlock’s off. It’s been opened up. Welcome to one of London’s newest – and oldest – large “water spaces.” Bridges that are engineering and artistic marvels calipering the two shores. Thomas Hetherwick’s Rolling Bridge being a prime example. What else? Well, there’s Paddington Green – once the centrepiece of an attractive countryside village that folks from London – Samuel Pepys, for example – regularly visited. Think rural retreat. Here, shimmering back through time, we’ll catch a glimpse of Emma Hart, later better known as Lady Hamilton. Let alone hobnob with London’s first famous private detective –”the keen penetration of Paddington Pollaky – Grace of an Odalisque on a divan – The genius strategic of Caesar or Hannibal –  Skill of Sir Garnet in thrashing a cannibal” as Gilbert & Sullivan served him up. And there’s the pub which gave its name to Maida Vale. 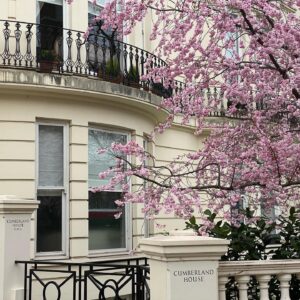 And Little Venice of course, arguably the most beautiful residential neighbourhood on the planet. It’s not just for the eye, Little Venice. There’s no little satisfaction in meeting the locals, past and present. All those poets, authors, actors and playwrights who’ve lived in Little Venice and/or been inspired by it. And finally, one of London’s “lost rivers.” Hidden it may be but we’ll find it.

In sum read: Another London Walk that just keeps on giving.

Also discover our top 10 suggestions of things to do in and around Little Venice which you can fit in before or after your walk! 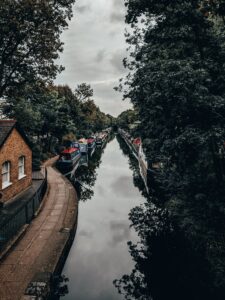 The Grand Union Canal – Little Venice & Paddington Green walk is one of a series of Regent’s Canal and other Inland Waterways walks that we conduct in partnership with the IWA (Inland Waterways Association). There are now getting on for a dozen different canal and Inland Waterways walks. The canal walks’ regular slot is the 2.30 pm Tour du Jour offering on the first and third Sunday of every month. And there are usually a handful of “guest appearance” canal walks that run as “Specials” on selected dates in any given Summer or Winter London Walks programme. N.B. the guides for the Regent’s Canal and other Inland Waterways walks are all members of the IWA. They have some serious expertise – know the canals better than “ordinary mortals” And – how special is this – they donate their fees to the IWA. So you’re supporting a good cause – doing a seriously good turn – when you go on one of our London canal walks.

If you can’t make one of the regularly scheduled, just-turn-up, The Grand Union Canal – Little Venice & Paddington Green it can always be booked as a private tour. If you go private you can have the The Grand Union Canal – Little Venice & Paddington Green walk – or any other London Walk – on a day and at a time that suits your convenience. We’ll tailor it to your requirements. Ring Fiona or Noel or Mary on 020 7624 3978 or email us at [email protected] and we’ll set it up and make it happen for you. A private London Walk – they’re good value for an individual or couple and sensational value for a group – makes an ideal group or educational or birthday party or office (team-building) or club outing.