10 Original Things To Do In (and​​​​ around) Little Venice 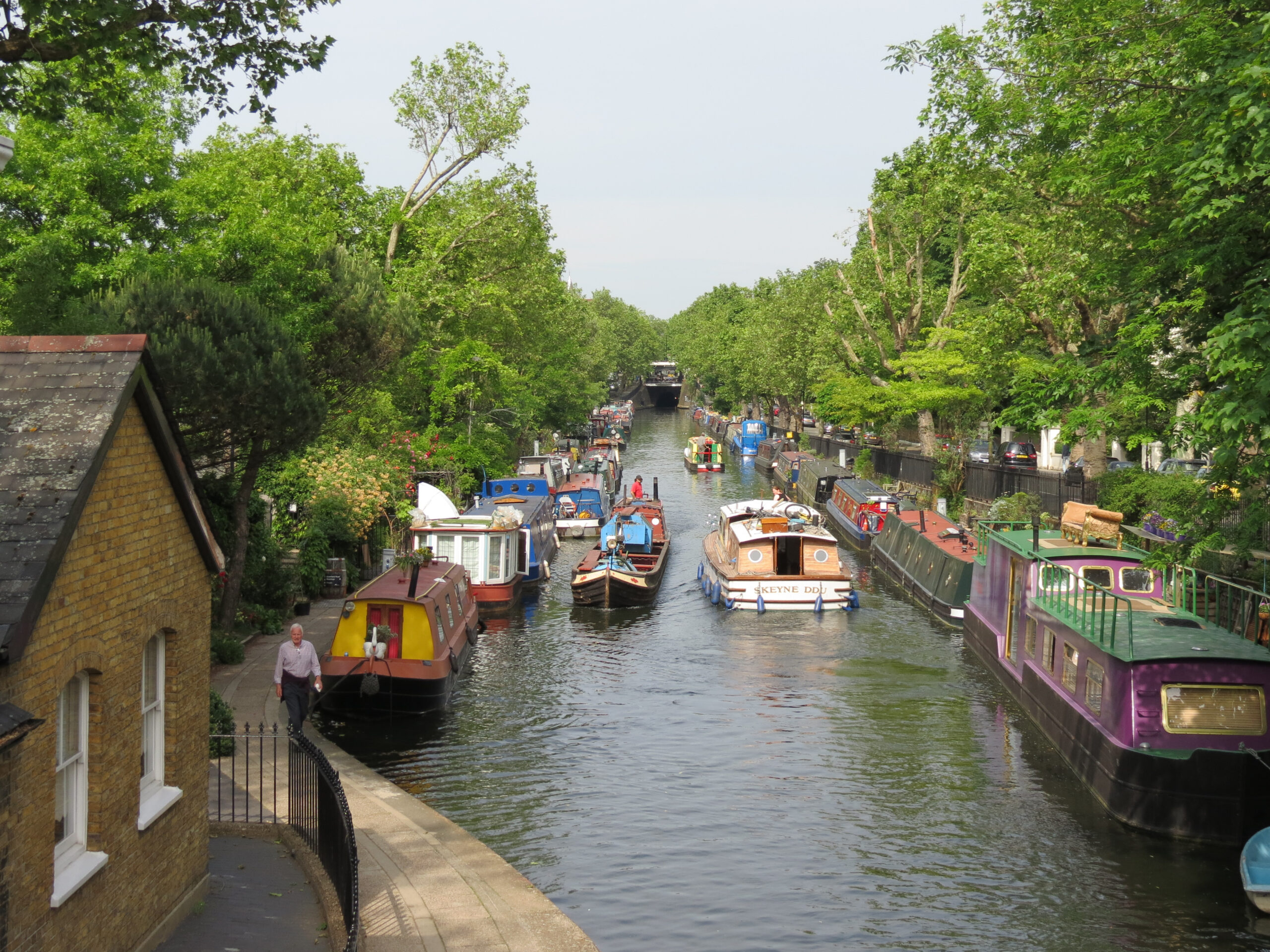 What’s in the name?

Some say Little Venice was given its name by poet and playwright Robert Browning who lived for more than 25 years in the area. Others say it was poet Lord Byron’s likening of the canals to those in Venice that gave one of London’s hidden gems its name. Then there are those that attribute the Little Venice moniker to author Margery Allingham’s 1930s novel Death of a Ghost. We may never know exactly where the name Little Venice came from, but what we do know is that this charming area of North London has been a magnet for writers, celebrities and artists since the 19th century.

A place for canal boat trips, walks and more

Located on the border of Paddington and Maida Vale, and less than 10 minutes from Paddington Station, Little Venice is where the Regent’s Canal and the Grand Union Canal collide and where leisurely narrowboats amble alongside grand Regency terraces. A place for canal boat trips, for walks along the towpath and for luxuriating in the authenticity of Little Venice London. One of the easiest ways to reach Little Venice is by tube, with Warwick Avenue (on the Bakerloo line) and Edgware Road being the closest tube stations. And once you’re in Little Venice, here are 10 of our favourite things to do:

2. The puppet theatre barge. Where else but Little Venice can you experience a puppet show on a canal boat? The puppet theatre barge, located on Blomfield Road, may look like a regular narrowboat, but step aboard and you’re inside your own mini theatre, the perfect stage for the string marionette dolls to put on their performance. With shows including The Town Mouse and The Country Mouse, and Brer Rabbit Visits Africa, this is the UK’s only floating puppet theatre.

3. Camden Lock. Hop aboard the London waterbus for a boat ride from Little Venice to Camden Lock along the royal waterway of the Regent’s Canal. Or for Little Venice authenticity, make it a narrowboat instead, like the 1906 Jason’s Trip canal boat, cruising through Regents Park, London Zoo and catching a peek of some of the most expensive homes in London. Once you’re back on dry land at Camden Lock, trendy Camden Town with its famous Camden market beckons, for unique gifts and over 1,000 stalls and artisan traders. Laden with your goodies, let your waterbus or narrowboat gently escort you home.

5. Authentic British food. Live like a local when you sit down for a pint and a plate of fish and chips at the 19th century pub, The Warwick Castle. Or for à la carte fare, try The Waterway, with its outdoor terrace overlooking the Grand Union Canal. Little Venice is a treasure trove of traditional pubs, and canal-side cafes.

6. Canal-side walk. For a different perspective on Little Venice, use the power of your own two feet to walk the Regent’s Canal Towpath, taking the time to stop at the Waterside Café for a cup of tea or Café Laville for a taste of Italy. This 1-2 hour meander will take you through Regent’s Park and London Zoo, giving you a glimpse into some of the animal habitats inside. For the secrets of the Blow Up Bridge and the British Industrial Revolution, a London Walks specialist guide can elevate this walk to the extraordinary.

7. The Canalway Cavalcade. Loved by Londoners, the Canalway Cavalcade is a celebration of life on the waterways and will return to London’s Little Venice on the 30th April 2022 for the early May bank holiday weekend. Get ready for real ale, crafts, street food, an illuminated procession and plenty of family friendly activities.

8. Paddington Green. To experience a bit of Londoner’s London, walk down from Little Venice to Paddington Green, a little known expanse of green with plenty of jewels to uncover. Such as St. Mary’s Church, resting place of 18th century actress Sarah Siddons and home to her memorial, said to be the first statue of a non-Royal woman in London.

9. Heroes from history. WW2 hero Alan Turing, who broke the Enigma code and changed the course of the war, was born in Maida Vale. The code breaker was also a pioneer of computer science. See the Alan Turing plaque on Warrington Crescent, outside The Colonnade Hotel, which was once a hospital called The Warrington Lodge Medical and Surgery Home for Ladies. A short walk away at St. Mary’s Hospital in Paddington, you can visit the museum of another hero, Nobel Prize winning Scottish physician Alexander Fleming, who discovered penicillin.

10. Walk down Paddington Arm. Walk along the Paddington Basin to St Mary’s Paddington (the famous birthplace of Princes William and Harry, and George and Louis, and Princess Charlotte). The Paddington Arm walk is fairly new and aesthetically pleasing with a mix of new architectural forms and old 19th century industrial forms. If you want to make a day out of it, head for the magnificent Victoria Pub, just off Hyde Park Square.