“The champagne and caviar of London Walks.” The best address in London and a bon vivant of a guide. A patrician promenade through the parallelogram of purses. Pip pipping where Old Masters and old money, Rollers and Rolexes are par for the course. A boulevardier and a bailiwick of butlers, titles and glamour. Hob-nobbing with knobs on it – because Mayfair’s been home to Clive of India, Disraeli, Handel, Florence Nightingale, Jimi Hendrix, Dodi Fayed and the Earl Mountbatten, to name but a few. And that’s before we move in the big artillery – the cartwheeling knickerless American actress and the $10,000,000 casket, for example. Last but certainly not least, Mayfair boasts London’s best village within a village – Shepherd Market, a charming little nest of lanes and alleyways that hasn’t lost a jot of its 18th-century scale and village atmosphere, let alone its raffishness. Guided by Peter or Richard III. 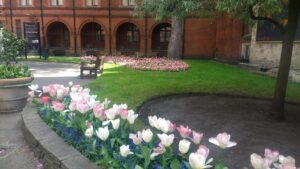 Old Mayfair takes place every Tuesday  and Thursday at 10.45 am in the Summer and on Thursdays in the Winter

If you can’t make one of the regularly scheduled, just-turn-up, Old Mayfair it can always be booked as a private tour. If you go private you can have the Old Mayfair walk – or any other London Walk – on a day and at a time that suits your convenience. We’ll tailor it to your requirements. Ring Fiona or Noel or Mary on 020 7624 3978 or email us at [email protected] and we’ll set it up and make it happen for you. A private London Walk – they’re good value for an individual or couple and sensational value for a group – makes an ideal group or educational or birthday party or office (team-building) or club outing.

Reserve your place on Old Mayfair