Short read: A sojourn into a lost city – an Atlantis. 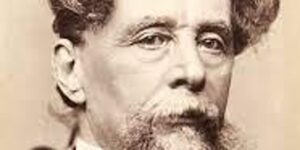 Long read: Dickens and London? He wrote London. You read him, it’s part of you, you’re part of it. Same goes for walking his London. Pip’s lodgings in Great Expectations (“who enters here leaves noise behind”); the bank which employed “resurrection man” Jerry Cruncher in A Tale of Two Cities; Tulkinghorn’s chambers (“where lawyers lie like maggots in nuts”) in Bleak House; even the “original” Old Curiosity Shop (or is it?). 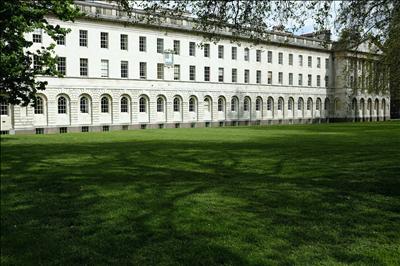 Dickens’ immortal Sam Weller had “extensive and peculiar” knowledge of London. This walk keeps that tradition alive. Tradition and peculiar being the watchwords. Because we thread our way into a London of nooks and crannies and alleyways and gas lamps and 18th- and 19th-century houses – and no cars! It’s the London where Dickens lived and worked. It’s the London of David Copperfield and Pip and Pickwick. It’s “Inimitable” – like Dickens himself. And on a Dickens walk of all things you don’t want a “guide” with the expressive range of a turtle. Step forward accomplished actors Richard III (he’s Mr. Jingle – yes, that’s right, he’s a member of the Dickens Pickwick Club) and Richard IV (he of the thrilling, velvety voice, as all of those audiobooks he narrates for Audible eloquently attest). 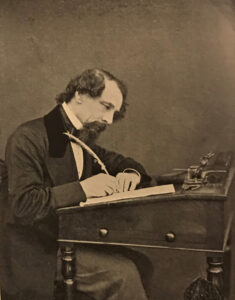 The Charles Dickens’ London Walk takes place every* Friday at 2.30 pm. The meeting point is just outside the Villiers Street exit of Embankment Tube. *Not Dec. 25

If you can’t make one of the regularly scheduled, just-turn-up, Charles Dickens's London it can always be booked as a private tour. If you go private you can have the Charles Dickens's London walk – or any other London Walk – on a day and at a time that suits your convenience. We’ll tailor it to your requirements. Ring Fiona or Noel or Mary on 020 7624 3978 or email us at [email protected] and we’ll set it up and make it happen for you. A private London Walk – they’re good value for an individual or couple and sensational value for a group – makes an ideal group or educational or birthday party or office (team-building) or club outing.