Medium read: Steve can’t remember a time when he was not obsessed with travel, other cultures and languages. He lived in Paris as a student, taught English at a university in Poland before the Berlin Wall came tumblin’ down (and has the secret police file to prove it) and worked as a journalist for a dozen years in Hong Kong (where he also ran Asia’s first travel bookshop). He then moved to Budapest for three years to tackle yet another impenetrable language (he speaks a few) before settling in London. Today Steve wears two hats: one as a London Blue Badge Tourist Guide and the other as a writer for Lonely Planet, for whom he has written or contributed to more than 100 different guidebooks, including its London guide. Who could possibly know their city better than a guide who writes guidebooks? And as a dual US-Ireland national, he remains as curious (and often astonished) about his adopted home as he is knowledgeable. As Disraeli wrote in Lothair, one of his many novels: `London; a nation, not a city.’ Steve will introduce you to and take you to places in this great `nation’ that even Londoners don’t know about. More? Ask and thou shalt receive. Here’s our Meet Your Guide interview with Steve.

Long read: Everyone loves a good tale. But you need a few facts and a lot of authority to go along with it. Steve is that rare breed of guide who entertains with anecdotes and stories and fun facts galore as he walks you through layers of history in pockets of the city you didn’t know existed.

Why is he so special? Steve has authored over 100 guidebooks for Lonely Planet – from Turkey and Panama to Paris and London – owned a travel bookshop in Hong Kong where he lived for a dozen years and is qualified as a London Blue Badge Tourist Guide. That’s why clients say things like: `I have met many London guides and Steve was in the top league. He avoided being boring, which is essential criteria. And another essential criterion is that he made us think – which does not always happen.’

Steve is just as comfortable whisking you through the back lanes of East London as he is about explaining Roman brickmaking or the public art on display at Canary Wharf. Don’t know about the boxing great Daniel `Danny the Jew’ Mendoza who fought his way to fame some 200 years ago just a century after his people were allowed to resettle in England? Or how many books and manuscripts and sound recordings are held at the British Library? Want to know who was the last person buried at Westminster Abbey? Need recommendations for the best-ever fish and chips, authentic Thai food or Soho’s finest wine bar? Hang out with Steve.

Don’t believe us? Here are just a few of the glowing reviews attendees of Steve’s tours have written.

`If it were possible to give Steve six or more stars, we would do so.’

`I can’t stress enough how a professional and knowledgeable guide like Steve can enhance a walking tour experience. By the end of the tour the benefit of Steve’s presence was undeniable. I felt like my own story had gained a new chapter.’

`Steve guides you with a clear, enthusiastic voice, high-energy intellect, encyclopaedic memory of facts and history, all delivered at the perfect time with the passing geography and sights and with a great sense of humour.’

`I have lived in London for many years and enjoy walking through the streets, but Steve introduced me to the history of many buildings that I had previously just passed.’

The Unknown East End: A Walk through London’s Most Vibrant District

Immigration & Food: A Walk around Spitalfields

Hackney from on High: A Walk through Hipster Central

London’s Jewish East End: A Walk through Its Heart & Soul

Art in Canary Wharf: The Pretty Face of London’s ‘Other’ Financial Centre

An American in London: A Cast of Characters from across the Pond

See all of Steve F.'s walks

"splinter-sharp guides and gripping history in 'a shtetl called Whitechapel'" 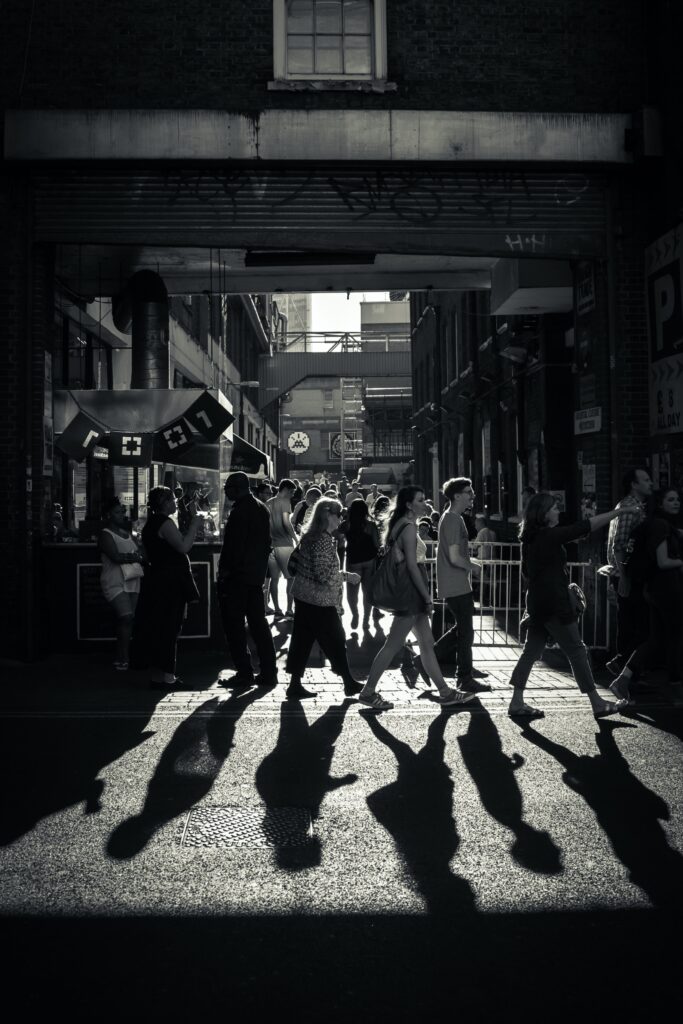