Almost a third of all Londoners are now foreign-born, representing 270 different nationalities and  300 languages. 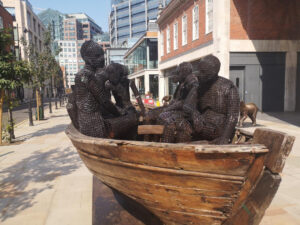 One of the most diverse areas is East London, especially Spitalfields. Over the century this relatively small neighbourhood has welcomed ethnic groups as diverse as French Huguenots, Irish, Jews, Indians, Pakistanis, Bangladeshis, Afro-Caribbean, Vietnamese and, since 2004, `New Europeans’, notably Poles. 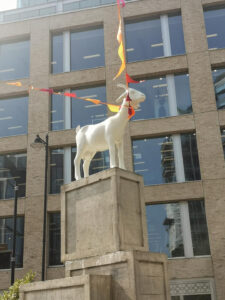 Immigrants are often faced with difficult decisions about which aspects of their identity to emphasize. Do they assimilate fully to a new culture? Or do they try to maintain both their original and their new identities simultaneously? One of the major ways that people have both brought their own cultures to London and changed the culture of the city is through food. 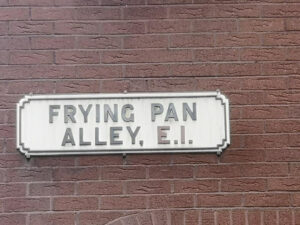 This walking tour led by Blue Badge Tourist Guide Steve Fallon will explore the area on and around Brick Lane. We’ll have a look at things and places as diverse as the St Mary Spital Charnel House, which offers hints as to how our medieval forebears fed themselves, Spitalfields Market and the adjoining Fruit and Wool Exchange, an erstwhile soup kitchen for the Jewish poor and Truman’s Brewery, once the largest in London. 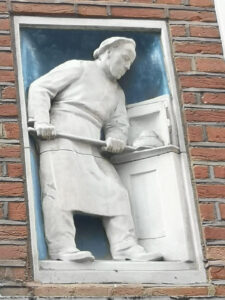 Brick Lane is the centrepiece of a thriving Bengali community nicknamed Banglatown, and the street is one long procession of curry and balti houses. But that’s not the whole story… Jewish culinary contributions such as bagels and fish and chips are here as is everything from Turkish and Vietnamese fare to pie and mash. 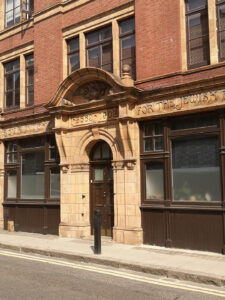 And at the weekend you can find it all in the markets and food stalls on Brick Lane. 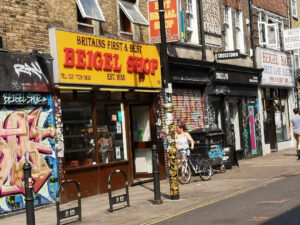 Reserve your place on Immigration and Food Walk