“It’s like being guided by your own personal rock star” (as a walker from Texas put it about Adam’s Rock ‘n’ Roll walks).

N.B. this walk has to be booked. Click here to book your place.

A walking tour in search of the two most influential, most important acts of the decade. 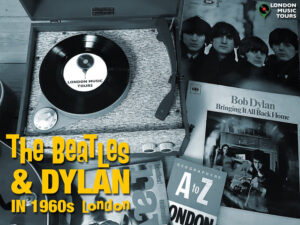 Where they led, everyone followed.

We’re following, too – in their footsteps to find… 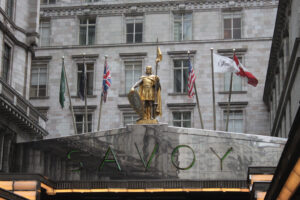 And the long-gone locations…

Here’s a taster. It’s a short segment – an audio recording – from Adam’s Bob Dylan in London Virtual Tour. Now doing service as a London Walks podcast. It’s good by itself – absolutely stands up – so you can imagine just how special it is when it’s live and you’ve got the all-important visual elements: Adam himself presenting it, the friendly and interested group of “walkers” (there were some good exchanges, some lively Q & A on that tour) and the old maps and images that Adam’s mined from the 1960s to illustrate the tale. And that’s not to mention the two live-music interludes.

Reserve your place on The Beatles & Bob Dylan in 60s London