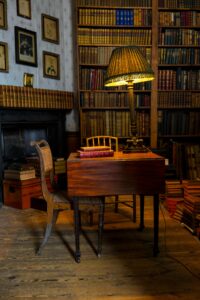 Short read: “You never look at London, after these poems, in exactly the same way”

Shorter read: “Poetry is what we do to break bread with the dead” 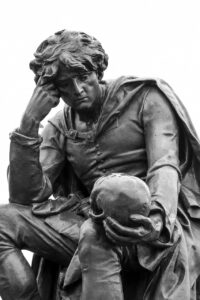 Two-guide read: I (David) guide the walk; Royal Shakespeare Company actor Steve (the most talented human being I know) performs* them.

*Yes, performs them. When Steve delivers a poem the word “reads” doesn’t begin to do justice to the experience.

Image read: Love this image. Says it all. Is a crystallisation. I look at it I’m looking at my feelings about what happens when you bring poetry and London together. All by itself London’s an enchanted forest. For me at any rate. Powerful medicine, this town. To it you add poetry – “words so nimble, so full of subtle flame” (as a great London poet put it four centuries ago) – and a group of like-minded London and literature lovers and it’s… Well, it’s like Keats ‘first looking into Chapman’s Homer” – we feel like “a watcher of the skies when a new planet swims into our ken” and “look at each other with a wild surmise.”

Long read. Forty-five years in the making, this one. That’s how long I (David) have been reading London poetry on a daily (well, near as dammit) basis. This walk’s a distillation of that reading, that learning, that love, that curating (and, yes, that guiding and that university lecturing). It’s significantly different from a “normal” London Walk. It’s about the poems, their character, their music, their whys and wherefores, their positioning, their places. With light guiding along the way. Say it again: the poems feature; it’s their show. We’re going to let them resonate, let them breathe – not “fit them in”, not caulk the cracks of a normal walking tour with a few poems. So, yes, light guiding betwixt and between each venue. And no, it’s not just walking to various spots and spouting some poetry. There’s “accompaniment” to these poems – I’ve curated them. So, yes there’ll be some gentle touches to the tiller when the poems make their appearance. But, bears repeating, it’s their show – I’m just the window through which you’ll see them, the walk’s the thread along which they’re strung.* 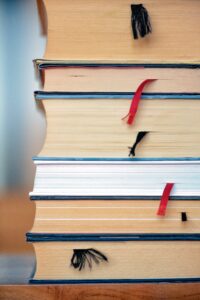 Longer Long read. What else? Well, it’s certainly fair to say this one’s a labour of love. Pretty much haemorrhaging red ink on this walk because of “the handout.” To wit: everybody on the walk will get a wonderful, substantial – and completely free** – portfolio of London poems. It runs to about 70 poems. It’s very special. It’s been privately printed (well, produced). A “limited edition.” It’s not for sale. It’s not obtainable any other way. You, my poetry walkers, will be the only people in the world who’ll have a copy. It matches up favourably – it’s better than – any existing anthology of London poetry. It’s got the big hitters, the most famous London poems – the Blake, Wordsworth, etc. classics – but there are other poets and poems who will be a complete – and thrilling – revelation to you. They’re in there because of the unique circumstances of this anthology – in short, fitting poems to a London Walk and, the other side of that coin, fitting a London Walk to poems. In which connection, by the way, I strongly recommend that you bring a pen or pencil; it’ll come in handy.

*Apply the Blue Plaque principle here. Blue plaques are wonderful. Be fun to do some magnetic resonance imaging of the brain when people see a blue plaque up ahead. Dollars to doughnuts it’s some pleasure “node” of the brain that spotting a blue plaque stirs into action. Neurons lighting up, all a-bloom all-a-sudden. Because blue plaques say, “something special happened here” or “somebody special lived here.” And the mental salivation starts. Well, in this instance, instead of a plaque it’s a poem. And – this surely goes without saying – great poems do it infinitely better than plaque writers. Once you know that poem about the statue of Florence Nightingale, you’ll never again see that statue in a ho-hum way, never again not hear the “word”. Here are the lines:
I almost love you, Miss Nightingale,
for going to war against war,
and when you came home to London
you cut through soaking red tape.
Soaking red tape. One word. The shiver-up-the-spine word.
Or those two lines about the Great Stink of 1858
In that summer of egg-rotten air,
the river was a damp corpse…
Great poems – it’s like great actors or great artists or great guides – you just let ’em get on with it.
**Yes, completely free. Free poems that will set you free. With London Walks that word means what it says. We don’t do bait-and-switch – you know, advertise something as free and then lean all over people for “tips” when they turn up to avail themselves of what’s been advertised as “free.”
You won’t have any problem spotting me. In addition to the finest walking stick in London, I’ll have a big roller bag (to carry the dozens of London Poetry booklets that rolled off the press a few weeks ago). Oh, and we won’t “do” all 70 poems. That’d be impossible. We’ll do maybe a dozen or so. The rest of ’em are “takeaways.” For you to make the acquaintance of – and fall in love with (several of them) – in your own good time. 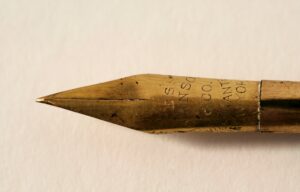 LONDON IN POETRY WALK – THE PRACTICALS

To go on the London in Poetry walk meet me, David and Stephen just outside the Broadway/Westminster Abbey exit of St. James’s Park Tube. The walk takes place at 1.45 pm on Wednesday, December 28.

“Dear London Walks, I just wanted to say what a truly wonderful walk David hosted yesterday. The content was brilliant but it was David’s delivery which made it the best London walk I have been on (so far). His love of the subject and the pleasure he gets from passing on his knowledge is infectious.  It is what makes him an outstanding walk leader, for me. We were expecting two people to lead the walk but Steve, the RSC actor, was called away urgently at the last minute.  No matter – David continued undaunted and gave us a performance to remember. (the free booklet of poetry was a bonus – it’s my bedtime reading for the next couple of days). Thank you. Well done London Walks.”  Cathryn Hawkins (Londoner) 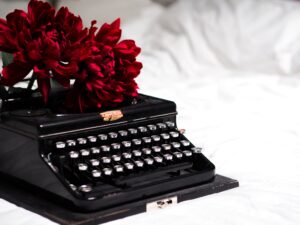 “This was a fantastic afternoon walk with David, hugely enhanced by his enthusiastic delivery of selected poems about London and his knowledge of its history and geography. Knowledgeable, interesting and funny. Highly recommended. Sadly, this is a once-a-year event but put it in your diary for 2020. You won’t be disappointed.”  cmbtravelleruk, TripAdvisor, December 2019

If you can’t make one of the regularly scheduled, just-turn-up, London in Poetry it can always be booked as a private tour. If you go private you can have the London in Poetry walk – or any other London Walk – on a day and at a time that suits your convenience. We’ll tailor it to your requirements. Ring Fiona or Noel or Mary on 020 7624 3978 or email us at [email protected] and we’ll set it up and make it happen for you. A private London Walk – they’re good value for an individual or couple and sensational value for a group – makes an ideal group or educational or birthday party or office (team-building) or club outing.

Reserve your place on London in Poetry