Long read: Ah, film locations! Where the ephemeral image on the screen turns into reality! Underfoot and right before our very eyes. And what’s right before our very eyes on this one is the Westminster locations that riveted you in Harry Potter and the Order of the Phoenix, The Prisoner of Azkaban, Harry Potter and the Half-Blood Prince and, yes, Harry Potter and the Deathly Hallows. It’s a walk – a quest even – for fans of all ages. And there’s a bonus. Well, lots of bonuses. Because the weave also includes lots of great sights – and sites. And the sights behind the sites for those who are just along for the ride, along to keep a fan company. All led by the Prince of Potter guides – he of the spookily perfect name – actor Richard Walker.  The walk ends in the Potter-perfect little alleyway that’s just round the corner from Leicester Square Tube Stop. 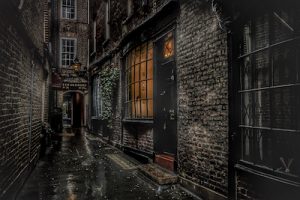 HARRY POTTER ON LOCATION IN LONDON TOWN – THE PRACTICALS

Harry Potter on Location in London Town goes at 2.30 pm every Saturday. Meet Richard Walker just outside the river exit of Embankment Tube.

And – in the Summer London Walks programme – Harry Potter Film Locations in the City also goes at 2.30 pm every Wednesday afternoon. 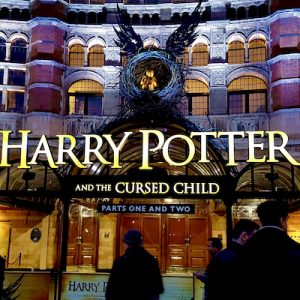 That “high beam intensity and goblet-of-fire voice”  – want to get across that? See Richard Walker in action? See him guiding a Harry Potter walk? Watch the video.

*From the Daily Mail’s late Summer 2016 Best Guided Tours in Britain article. For the record, London Walks was the headline act. Out of the thousands of guided tours across the length and breadth of the country the Daily Mail singled out 10 as “the best.” Three of the ten were London Walks tours: Richard’s Harry Potter Tour, David’s Dickens Walk and Richard Bartlett’s Stonehenge & Salisbury Tour. Our two London tours – Richard’s Harry Potter Walk and David’s Dickens Walk – made the running in London. I.E. London Walks was the only London touring company in the DM’s Winners’ Circle.

“On the website, the descriptions of the Harry Potter walks include a paragraph about the tour guide, Richard Walker. He exceeds even the high expectation set there. He is witty, articulate, very well informed, and a natural entertainer. ”  Annie W.

“The guide Richard Walker takes you past all the amazing movie sites and is full of funny facts, interesting theories and lovely stories. His enthusiasm is contagious!” Renee V.

“BTW, re the Harry Potter tour in particular, I am not an HP fan though my wife and daughter are so I wasn’t expecting to enjoy this tour very much but I did enjoy because there was so much information about London and its history given so enthusiastically by Richard.”  LivesinNewJersey

“I went for the Saturday Harry Potter tour with London Walks with my daughter (she is 11 and claims she read HP books 20 times). We both liked the tour, and the guide (Richard Walker) very much, as he managed to entertain us and show not only places related to the books and movies, but also how these relate to London itself (back door passages between pubs and bookstores JK Rowling was passing on a Friday night), to English history (we’re talking Boudica and Charles I here), Western culture (we’re talking Cadmus of Thebes, and the Spear of Destiny). Highly recommended for any Harry Potter die-hard fans and their parents.”  Nikki973

“Not being a Harry Potter fan I was a bit hesitant about this walk but I decided to go along with my group. I am so glad I did. Our guide Richard Walker was amazing. His uplifting style and knowledge and appreciation of the interesting history made the walk come alive. in addition to the HP stories his coverage of Charles Dickens and his haunts was very memorable. I would highly recommend this tour and Richard in particular.”  Dale B., London

“London Walks never disappoints. Better than most attractions, these expert guides turn the city itself into an attraction. There are topics for all ages. It’s good to see the ancient art of storytelling is alive and well. In particular, Richard W’s Harry Potter tour covered not only shooting locations but also served as a mini-intro to the old city.”  Mitch3588 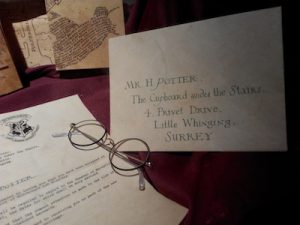 “I’m in a fortunate position of spending a lot of my time this year in London which means I’ve been on roughly 20 of the walks this company provide, including one of the away days to beautiful Bath. All the guides I’ve been with are engaging, highly knowledgeable and funny. The history and facts are presented in a memorable and fun way. My personal favourites have been the two Harry Potter tours with the brilliant Richard Walker who is enthusiastic and fun. Karen is a fantastic guide as well and her darkest Victorian London is brilliant.” DebsThompson

“Richard Walker (HP) is very knowledgeable about all the HP books and movies. He adds ‘local color’ about other points of interest along the way. Makes me want to go home and watch the movies again.”  MdTravelerX2 Washington, DC

“Our Harry Potter guide Richard was able to captivate both children and adults.”  tohtem, Montreal

“Went on the Harry Potter Tour Sunday 2nd July, the tour was fun, great for kids and we saw some fabulous Harry Potter outdoor locations. We also learnt a bit about other writers (Charles Dickens) and some London history – so great if you are accompanying a potter fan. The guide was great fun- loads of interaction with the kids – one got their money back for answering a question correctly. It covers about 2 miles or so but we had a short sit down stop in between. Highly recommended.”  NickyTracy H., London

“Richard Walker (appropriate name!) was an excellent and knowledgeable guide, not only about actual locations where the Potter films were made but also J K Rowling herself and all kinds of other interesting facts about areas through which we passed. I was joined by a 14-year-old Potter fanatic, and he enjoyed it all as much and more as I did.” Dorothy S., New Jersey

Let’s get it said once and for all. The Internet being the Internet every walking tour company under the sun is forever up on its dunghill thumping its chest and bellowing, “look at me, my tours are the best.” Well, every walking tour company but one – London Walks. We don’t need to. Visit London, Visit Britain, the New York Times, the Telegraph, Time Out, Fodor’s, Frommer’s, the Daily Mail, Rick Steves, Let’s Go, the Toronto Globe & Mail, etc. etc. etc. say it for us.

If you can’t make one of the regularly scheduled, just-turn-up, public Harry Potter Walks do think about booking one as a private tour. If you go private you can have the Harry Potter Film Locations in the City Walk or Harry Potter on Location in LondonTown Walk  – or any other London Walk – on a day and at a time that suits your convenience. We’ll tailor it to your requirements. Ring Fiona or Noel or Mary on 020 7624 3978 or email us at  privatewalks@walks.com and we’ll set it up and make it happen for you. A private London Walk is good value for an individual or couple and sensational value for a group. And the clincher: a private London Walk makes an ideal group or educational or birthday party or office (team-building) or club outing.

A private London Walk makes a very special, thoughtful, unusual gift. Be it a birthday or anniversary or graduation or Christmas present or whatever. Merchandise schmerchandise (gift wrapped or not) – but giving someone an experience, now that’s special. Memories make us rich.

Don’t just take it from us[/vc_column_text][/vc_column][/vc_row]

Reserve your place on Harry Potter on Location in London Town