He’s one of the brightest young scientists in Britain. He’s a Cambridge University Paleontologist. He’s a London Walks and Blue Badge Guide. He’s a great interview. He may well be the most quotable scientist in this country. For good measure, he’s a good guy. Meet Aaron.

This interview was in response to this morning’s BBC Radio 4 News, that a four-year-old girl has discovered a 220 million-year-old dinosaur footprint on a beach in Wales. Within two minutes of that item moving on the Beeb I was on the phone to Aaron, “hey, Aaron, it’s interview time – you have to tell our walkers about that dinosaur footprint discovery in Wales.”

This podcast is that interview. 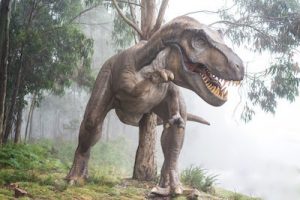 “the whole of India was on fire”

“a carnivore usually has three toes”

“you would have been able to walk from London to Minnesota”

“the oldest starfish in the fossil record”

“a great antidote to Covid”

“I have had a crocodile burger”

“I live in a parallel universe”

“brain the size of a nutmeg”

“dinosaurs are birds and birds are dinosaurs”