It’s back! The most sociable of all the London Music Tours… The Rock’n’Roll London Pub Walk with LIVE music from your guide.

Booking & prepay essential – this is a limited numbers tour. 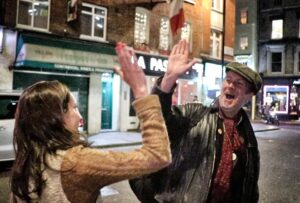 “Outstanding! Adam knows his stuff and seems to be known around London as well. He’s a passionate music historian (and a musician himself) and is very accommodating to questions as well! You’ll love this tour!”

“Adam is a top class guide: friendly, hugely knowledgable and a brilliant storyteller”

The tour stars The Beatles, The Rolling Stones, Bob Marley, The Who, The Clash, Led Zeppelin, David Bowie, Bob Dylan, Oasis and many, many more*

On this version of the tour* there will be a couple of pub stops on the way where you can chat with your guide and fellow music fans about the music we love.

PLUS… there will be live music along the way from your guide, Adam. 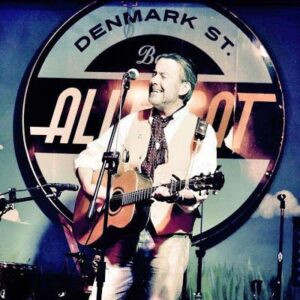 “Adam is a brilliant story teller… kept us spellbound”

NB. The London Walks Rock’n’Roll London Tour is NOT suitable for under 18s. The non-pub version of this tour goes out on Fridays – please make sure not to book both tours as they feature the same content. Book the Friday tour HERE. 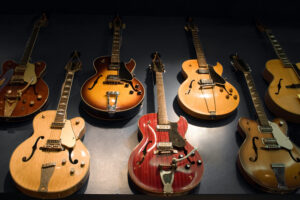 WHAT WILL WE SEE ON THE TOUR?

Along the route of this walking tour we will see…

The site of the legendary Marquee club

Denmark Street the historic home of the music business

Soho in all its night time glory 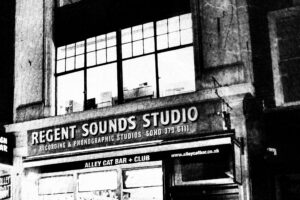 TOPICS WE WILL DISCUSS ON THE TOUR INCLUDE…

Tales of drunkenness and cruelty

The 400 year history of entertainment in the West End

Punk and its impact on society

The evolution of pop, R&B & Rock

The influence of Bob Marley and Reggae

“One of the coolest things we did in London. Adam was easily one of the best tour guides I’ve ever encountered!”

*Adam has curated this tour with a route and subject matter in mind – but don’t hesitate to ask him if he can cover your favourite artists along the way. If it’s possible, then Adam will include your faves. This tour doesn’t run on rails – it’s YOUR night. Your guide takes requests!

“Extremely charismatic guide and passionate about music… kept us engaged and interested the entire time! Loved it all.” 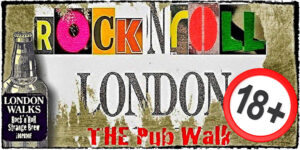 Q: Why is this walk is not suitable for under 18s?

A: The subject matter of this tour contains themes of a sexual nature and stories of recreational drug use. Walker discretion is advised.

The most frequently asked question is: “Can under 18’s go to the pubs on the walk?” The answer is not straightforward. Under 18s are not permitted to buy alcohol in UK pubs. Under 18s are permitted to consume alcohol in some pubs as long as they are consuming a sit-down meal – we will not be stopping at the pub long enough for a sit-down meal. Under 18’s MAY be permitted to enter a pub at the management’s discretion, but this cannot be guaranteed. If you are looking to join the tour with under 18’s and wish to avoid disappointment on the night we suggest you book for the Friday afternoon version of this tour instead.

Q: How many pubs/bars will we visit?

A: Two. The pubs provide breaks for a drink and a chance to talk music with your fellow music fans and guide. If you would like to sample a few more Soho pubs after the tour, here is a list of Adam your guide’s Nine Best Bars/Eateries with a musical connection in the area…

The walking tour ends at the door of Poppies fish & chip shop on old Compton Street, Soho. Poppies occupies the spot that was once the famous 2 i’s Coffee Bar, where the plaque proclaims “The Birthplace Of British Rock’n’Roll & The Popular Music Industry”. It’s a great spot to eat – scroll down for more recommendations.

NB. Adam’s bar & restaurant recommendations are based on paid-for visits with friends and tour clients and have NOT been paid for by publicists or PR companies. 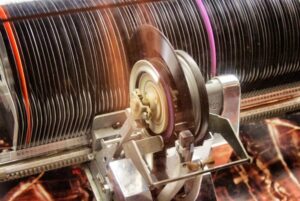 Simply the best vinyl jukebox in London and an excellent bar, too.

Good corner pub with a solid Rock’n’Roll heritage – where Bernie Rhodes made his pitch to be the manager of The Clash and said by some to have been the pub where Rod Stewart met Ron Wood. 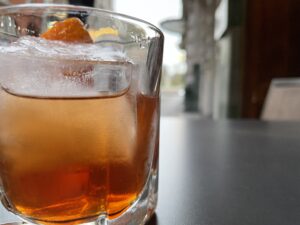 There are now three outlets for this popular world-wide chain owned by the Seminole Tribe of Florida – two of which have some genuine Rock’n’Roll London pedigree. As a big corporation, the chain has its detractors but at least London can claim to be the origin city of the whole affair. HRC was founded in 1971 with the original piece of memorabilia that started it all – Eric Clapton’s guitar. Find that branch at 150 Old Park Ln, London W1K 1QZ. The vault beneath the gift shop is great fun and the bar behind, The Back Room at 148 old Park Lane is friendly and well run with a great snack menu and fun cocktails. Go for the Howling Wolf Old Fashioned (pictured above). The Hard Rock Hotel is now open at Great Cumberland Pl, London W1H 7DL. Once the Cumberland Hotel, it was the last residence of Jimi Hendrix and the touring Motown artistes stayed there in the 60s – so some real rock’n’roll history. 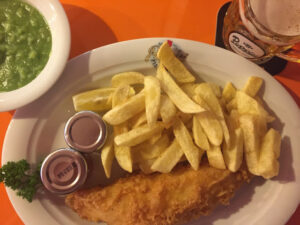 This is where the tour ends – and we’ll unfold its illustrious history on the tour itself. Best fish & chips in town and very friendly service.

This former magistrates court where Brian Jones of the Rolling Stones was put on trial for drug possession is now an hotel. John Lennon & Yoko Ono, Mick Jagger & Marianne Faithfull were also put on trial here in the 1960s. Paul Simonon & Joe Strummer of The Clash stood trial here for graffiti offences and Johnny Rotten for possession of amphetamine sulphate. The bar is well stocked but not expertly run (keep your drinks order simple is my advice) but the highlight is the private booths (pictured): they were once the holding cells at the court. 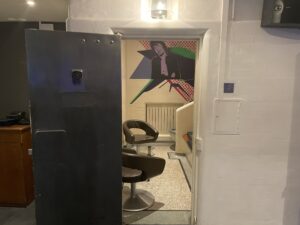 In Denmark Street we pointed out the old La Giaconda Cafe, once the haunt of music biz types in Tin Pan Alley. These days it’s the reliable little chain Flat Iron specialising in steak. Reservations essential.

Terrific all day breakfast option. Last time I was in I ordered excellent steak and eggs – the last meal of legendary Who drummer Keith Moon. Very friendly staff.