Famous Londoners And Where To Follow In Their Footsteps

One of London’s greatest attributes is its history. Everywhere you go, there are stories to be found – in its buildings, its streets, its open spaces and, of course, its houses. London is teeming with famous people and it has been for centuries. We’re not talking celeb-stalking in Soho here, we’re focussing on the places that they call home.

Here, we list some of our legendary famous Londoners. Admittedly, we only touch the tip of the iceberg that is London legends. Some are Londoners, born and bred. Others may originally be from other parts of the United Kingdom, but they chose to make London their home. 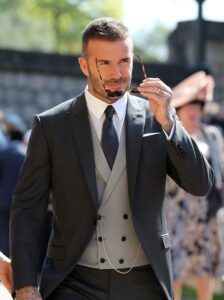 Possibly the most famous footballer in the world hails from Waltham Forest in East London. David Beckham may spend more time in the US now, but he’s a Londoner at heart. 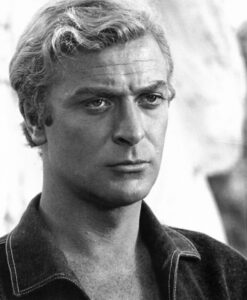 With his distinctive Cockney accent, it’s no surprise that actor Michael Caine is a born and bred Londoner. He was born in Rotherhithe and went to school in Hackney. 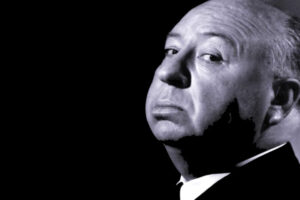 The legendary filmmaker, Alfred Hitchcock was born in Leytonstone. The renowned film director also has a Blue Plaque in Cromwell Road, Kensington where he lived with his wife. 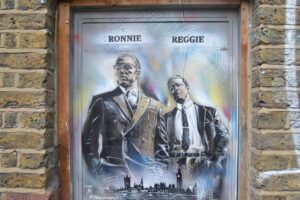 East London was the stomping ground for the Kray twin gangsters. Ronnie and Reggie were born in Hoxton. Then, as West End nightclub owners, they were part of the Swinging 60s London scene. 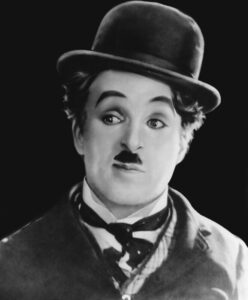 Born in Walworth, Charlie Chaplin’s childhood in London was defined by poverty and hardship. He was sent to a workhouse twice before he was 9. He went on to be an icon of silent cinema. 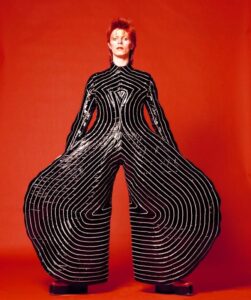 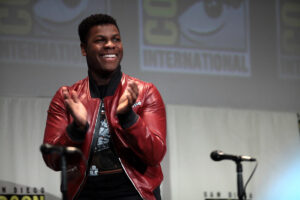 The Star Wars trilogy actor grew up in Peckham. When he’s in the area, he’s been known to head to Frank’s Bar with its incredible panoramic views of London. 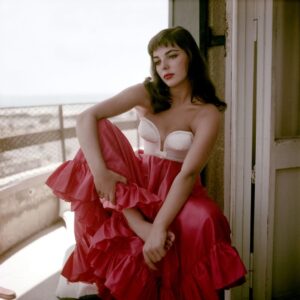 The screen star may be a Hollywood icon, but she comes from Paddington. The British film star grew up in Maida Vale and still has a London pad now (along with homes in LA, New York and France). 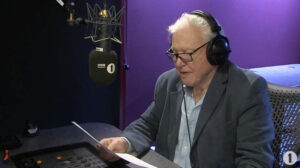 Natural historian, broadcaster and actual ‘National Treasure’, Sir David Attenborough is a West Londoner. He was born in Hounslow and now lives near Richmond Park. 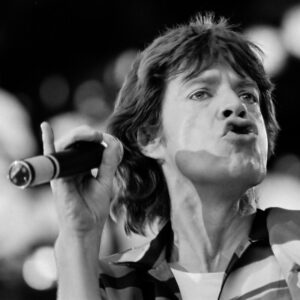 The Rolling Stone was born just outside of London in Dartford, but London has been his home for decades. Richmond is his home, near to his friends and fellow rockers, Ronnie Wood, Pete Townshend and Brian May. 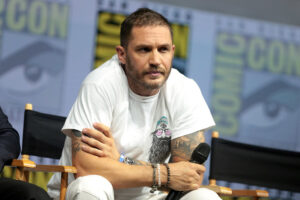 Known for his hard man roles in Peaky Blinders and The Dark Knight Rises (Batman), Tom Hardy was born in Hammersmith. He studied drama in Richmond, so he’s clearly fond of West London. 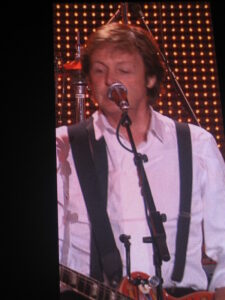 We know that the iconic musician is famously from Liverpool, but he’s had a home in St John’s Wood since 1965. He probably fell for the area whilst recording with The Beatles at Abbey Road Studios. 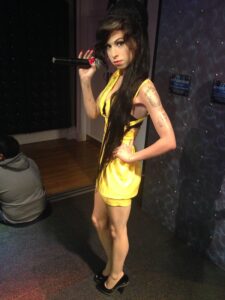 The late singer-songwriter is intrinsically linked to her home in North London, Camden. She described the area as her ‘playground’. 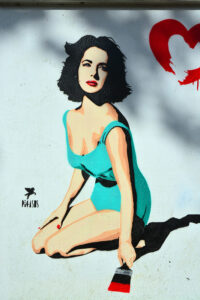 The legendary actress began life in leafy Hampstead. However, she left for the US at the age of 7 with her family. 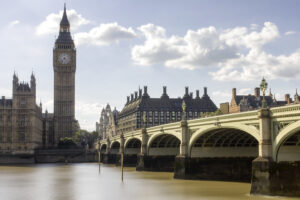 Central London is rife with the offices and abodes of literary greats, politicians and royalty – both past and present. These are just a few to explore. 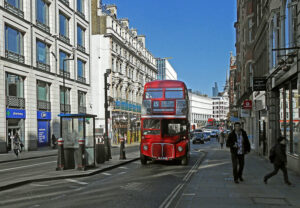 Image by It’s No Game

Fleet Street has been associated with printing from as far back as 1500. You’ll find a Blue Plaque there for the diarist, Samuel Pepys whose writings provided us with wonderful insights into London history including the Great Fire of London and the Great Plague. 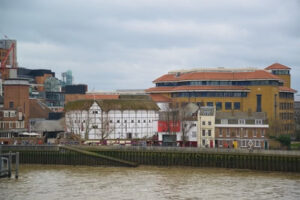 Set beside the River Thames, Southwark is home to Shakespeare’s Globe. The Bard himself lived there for a while (he wasn’t always in Stratford-upon-Avon!). Geoffrey Chaucer drank in pubs in the Borough area. 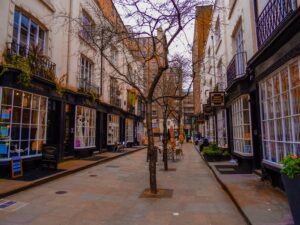 This fashionable area of the West End is a literary hub. You’ll find a Charles Dickens Museum in Bloomsbury even though his stories reflect many London areas. JM Barrie lived there and set Peter Pan in the area. Other great local novelists include Virginia Woolf, WB Yeats and Dorothy L Sayers. 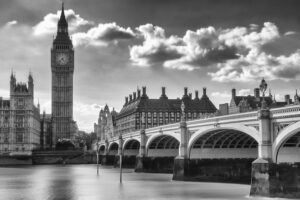 This one falls into the ‘obvious’ category, but you’ll find many a politician and states person in Westminster. No 10 Downing Street has been the home and office to Prime Ministers including William Gladstone, Clement Attlee, Winston Churchill and Margaret Thatcher. 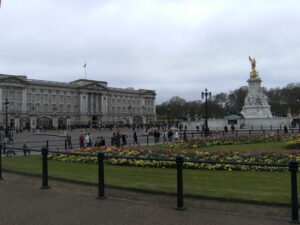 We can’t guarantee you’ll get a glimpse of an HRH, but the Royal Family have had residences in London for centuries. Buckingham Palace has been the official royal residence since Queen Victoria’s reign. Queen Elizabeth II referred to it as “the office”, preferring to live at Windsor Castle.

If you want to find out some hysterical historical stories about royal hideaways and bolt holes, you must take the Past The Palace tour.