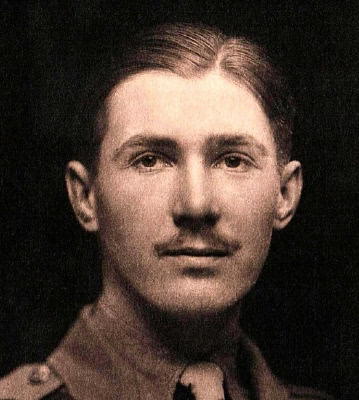 “Peter Pan Commits Suicide” was the headline. This Today in London History podcast tells the story. It happened on April 5, 1960.

This one’s going to be tough sledding but so be it.

As for a Today in London recommendation, well, since this one lifts the cover on, however briefly, and gives us an awareness of the tears at the heart of things…maybe when you’re at Sloane Square – the Square or the station or the hotel or the Royal Court Theatre – maybe spare a thought for Peter Llewellyn Davies.

Desperately sad story, this one.

That headline said it all:

That wasn’t a one-off. Every other newspaper went with a variation on that theme.

The Boy Who Never Grew Up is Dead. Peter Pan Stood Alone to Die. Peter Pan’s Death Leap. The Tragedy of Peter Pan. Nor was it just the British press. The New York Times announced, Barrie’s Peter Pan Killed by a Subway Train.

He was an alcoholic. The coroner’s jury ruled that he had killed himself “while the balance of his mind was disturbed.”

It should come as no surprise that the balance of Peter Llewelyn Davies’ mind was disturbed. He was in poor health. Worst of all, he knew that his wife and all three of their sons had inherited the fatal Huntington’s disease. One of his two surviving brothers had just died.

That night he lingered at the bar of the Royal Court Hotel. Finished his drink. Put down his glass. Left the hotel. Walked over the way to Sloane Square Underground Station. Went down to the platform. Threw himself under a train as it was pulling into the station. He’s buried in the cemetery at St John’s, the parish church in Hampstead. From time to time I show people his gravestone at the end of my Hampstead walk. Talk about him. Tell the story.

He was Peter Pan because J.M. Barrie used him and his four brothers as a composite model for the boy who never grew up. Barrie said, “just as a savage rubs sticks together to get a spark, I rubbed the five of you together to get Peter.

Peter Llewellyn Davies was the middle of the five Llewellyn Davies boys. The boys were born and grew up in the Paddington and Notting Hill areas of London. Their father was a barrister; their mother was the daughter of the successful cartoonist and writer George Du Maurier. Her brother was Gerald du Maurier the actor. Her niece was Gerald’s daughter, Daphne du Maurier, the famous novelist. We look at two du Maurier houses on the Hampstead Walk. The connections there are many. And they’re tightly interwoven.

Anyway, one day – once upon a time as the storytellers say – the boys’ nurse had taken Peter in his pram and his two older brothers into Kensington Gardens. They were at the Round Pond. J.M. Barrie was walking there. It was just a chance encounter. But it led to everything. Barrie became a family friend. The relationship gave the world Peter Pan. It gave the boys financial security when their parents died young. Barrie was their guardian. But it exacted a toll. The boys’ father resented Barrie’s relationship with his sons. Three of the boys – George, Michael and Nico – were very close to Barrie. Not so, brother Jack. He resented Barrie’s taking his paternal parent’s place during and after his father’s illness. Peter himself was somewhere in between those sets of feelings.

What is painfully clear is the LLewellyn Daves family was star-crossed. The boys’ parents died in the prime of life – they were both in their 40s. Two of Peter’s brothers died very young. Brother George was killed in the Battle of Ypres in World War One. Brother Michael drowned at Oxford in 1921.

All those deaths in the past – and the deaths foreordained thanks to Huntington’s disease – there was no Neverland for Peter Llewellyn Davies. He was in the valley of the shadow of death from the time he was ten years old. Second to the right and straight on till mourning was more like it.

So much for April 5th. That’s all from London. See ya tomorrow.

If you are interested in finding out more about famous figures and literature in London join us on a professionally guided London walk.