London Calling! The 1960s In Music 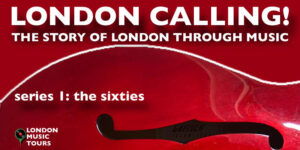 Wherever you are In the world, whatever the size of your group , no social distancing, no masks just great storytelling and music history from a qualified, award-winning tour guide. 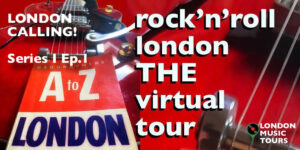 Crucially we will look back to the sounds of Black America – the music of the Mississippi Delta through the prism of Chicago, the electric music that charged a generation of suburban English kids from Dartford, Kent to Woolton, Lancashire.

The tours will be recorded, membership will give you access to the recordings until the end of March 2020. So plenty of time to catch up if you can’t join in live. Or, if the time slots don’t suit you, buy membership and you can watch each tour at whatever time you like, they will be uploaded after each individual instalment has taken place.

Reserve your place on London Calling – The 1960s In Music