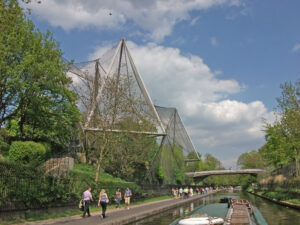 The huzzah and colour and panache and buzz of Camden Market.

The River Tyburn impacted British history more than any other of London’s lost rivers. Its branches defined Thorney Island on which Edward the Confessor built Westminster Abbey, and which later became home to the Houses of Parliament. The Tyburn even was used for London’s water supply for a long time. In later years, the image of the Tyburn became quite different!  These days, we can’t see the Tyburn, but we can walk along what were once its banks. This takes us through Regent’s Park, past some of John Nash and Decimus Burton’s finest designs, before reaching another of John Nash’s projects – the  Regent’s Canal. 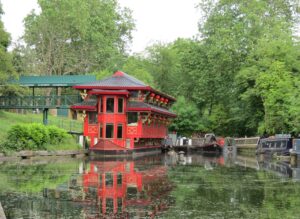 After surprising views of London Zoo, there’s back-door London. Grand houses that back onto the canal. In some cases they have their own little pier with their boat tied up to it. All very much in marked – and delightful – contrast to the “public face” of these houses. 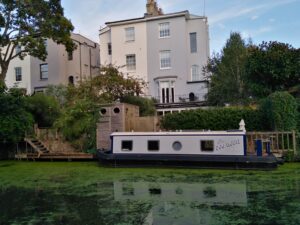 And of course at the end of the walk we’re right into Camden Market. We end at the lock – with all of its Sunday afternoon huzzah and colour and panache and buzz. 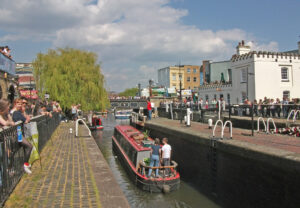 Reserve your place on The Regent's Canal – River Tyburn to Camden