The Regent’s Canal – King’s Cross to the New River

The Regent’s Canal: King’s Cross to The New River Walk

The two-centuries-old Regent’s Canal turns out to be a youngster. It leads to the New River, which is twice as old! 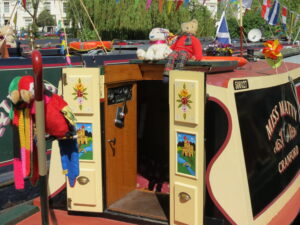 The canal towpath shows you a stretch of London – a secret way across London – you won’t have seen before. Makes for a fascinating look at our past.

And at our future. In the shape of the Granary Building complex. That’s right. The name tells a story. It was the trans-shipment point for cargoes of grain – from the north by rail into waiting canal barges. It’s now a hub of the fashion industry, the home of the buzz, the centrepiece of a complete transformation of the area. 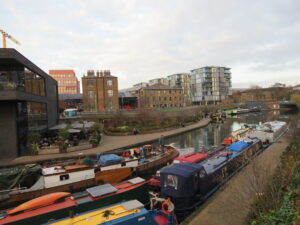 Then another complete change – in almost no time, the Canal opens out into a basin full of boats – some of them once traded commercially along the canal. Plenty of contrast here – on one side is the new headquarters of two newspapers, while the other buildings were customers of the canal, like the one which now houses the London Canal Museum.

While the canal burrows underneath Islington, we take the path created by the barge horses.

Passing by what was once a well-known London pleasure garden, and through a long-established street market, the route crosses Upper Street, and turns along the New River.

One of Britain’s most remarkable constructions of the seventeenth century is also one of its least well-known. 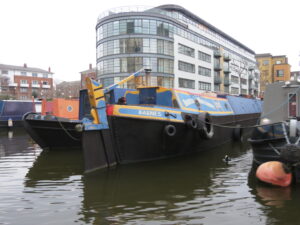 When the New River was proposed, around 1600, forty miles long, no one had built such a thing on this scale before.

The accuracy required was daunting – little wonder an eminent mathematician was called in to survey it.

And perhaps not surprising – it bankrupted the man who proposed it and started the work, and eventually required the intervention of King James to get it finished. 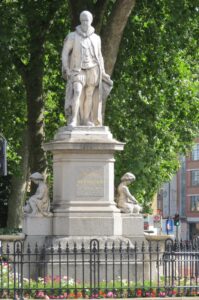 And we’ve some intriguing corners of Islington along the way.