Virtual  The Death of Kings (and Queens) 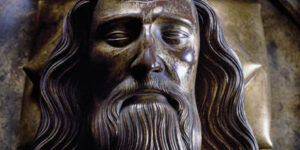 Bad doctors advice, murder, accidents are how some died. Adultrey, gluttony and rage is how some of them lived.

Monarchs are human. However, the body of a monarch was once thought to be the embodiment of the state. So how they lived, got sick and died was of huge political, moral and millitary significance.

The Death of Kings Virtual Tour will be delivered direct to your device via Zoom. Full details will be sent to you on booking.

All you need is a decent internet connection and an open mind.

As Shakespeare wrote in Richard II

For God’s sake, let us sit upon the ground

And tell sad stories of the death of kings;

How some have been deposed; some slain in war,

Some haunted by the ghosts they have deposed;

Some poison’d by their wives: some sleeping kill’d;

All murder’d: for within the hollow crown

That rounds the mortal temples of a king

Reserve your place on The Death of Kings (and Queens)