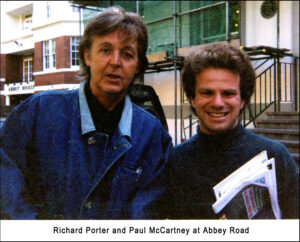 Join Paul McCartney in London – the unique interactive experience, from the the comfort of your own home

Paul McCartney is the Beatle who is most connected with London, from the 1960s when he starting living here, until this day. Visit many locations associated with his life and work here, including

• Paul McCartney’s offices where Paul can be seen occasionally

• where Paul lived with the family of his girlfriend Jane Asher

• Hear stories of Paul recording some of his most iconic solo records at a central London studio – outside of which your guide, Beatles author, archivist and analyst Richard Porter met Paul many times

Reserve your place on Paul McCartney in London