The brand new Virtual Tour series from The Story of London team. Live on Thursday mornings. This time we’re going with the flow !

Eight weeks of great storytelling. Little streams to big rivers, canals created and rivers lost. Using maps, images, video and chatting via Zoom to discover London as you have never seen it before.

This NEW 8-part virtual tour series from The Story of London team. 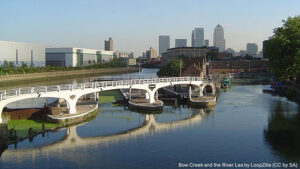 The largest tributary of the Thames packs it’s a punch. Moving from bucolic crystal-clear chalk streams to industrial heavy-duty cargo heaving and back. The ex-industrial areas now often reclaimed as parks and open space, the Lea Valley has activities galore, a place for Londoners to stretch, breathe and grow, be they human or animal. Lined with wild spaces the Lea contributes more than it’s fair share of London’s wildlife diversity.

It has also long been a border, separating tribes; Angles from Danes and Hackney hipsters from louche Leytonians. The industry is still there, morphed into smaller units, still making and breaking hopes and dreams. Creating imaginary worlds and lubricating life. What do we believe in? What is worth fighting for? How should we live? Little questions* all prompted by a stroll along the Lea. 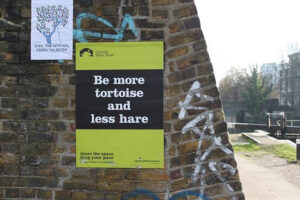 “Believe me, my young friend, there is nothing — absolutely nothing — half so much worth doing as simply messing about in boats.”

Thus spake the wise and stylish Ratty to his new pal Mole at the beginning of Kenneth Graeme’s slacker classic The Wind In The Willows.

Would Ratty mind if we added “messing about near boats” to his list? We’re sure he wouldn’t. London’s towpaths are the perfect places for such an activity.

Of all London’s fascinating waterways, the canals are man-made and thus the only ones designed with a walking component built-in to their very fabric. And from the towpaths we get unusual and rewarding views of the metropolis.

Travelling on foot along the canals, London’s neighbourhoods link up in unexpected ways; the famous landmarks seen from new angles inspire fresh perspectives; the colourful boats pop like designer labels on the ever-evolving cloth of post-industrial London. All soundtracked by the peaceful, rhythmic music of the water.

From Limehouse to Little Venice and beyond. All London is here. 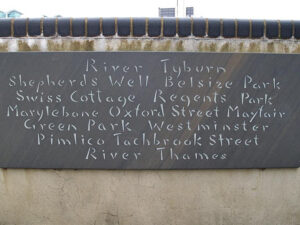 One of the best known of London’s lost rivers. This bourne, brook or stream flowed from Hampstead to the Thames. It gave its name to places of execution and prayer, markets and houses. On the banks of this river have stood some of the most important buildings ever built in the country. Home of some astonishing characters and astounding events.

Once a ‘torrent’, now a ‘trickle’ , the etymolgically enticing Effra is an elusive lost river. Once described as the ‘secret spine’ of South London, we chart the course from Crystal Palace to James Bond’s HQ….From ‘rain stopping play’ at one of the capital’s most famous cricket grounds to floating coffins, the Effra proves that you can hide a river but you can’t stop it running…… 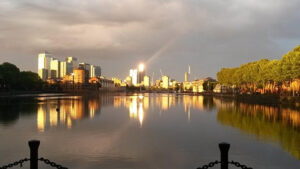 This week we are staying still, and still waters run deep. Sometimes literally. The first wet dock in London proved its worth in the great storm of 1703. It’s tree lined sides protected the ships tied up inside. Later the whale blubber processed here lit the lamps of London.

Ponds can be manmade or natural, or manmade to look natural, we’ll see how fashions have changed the shape of London’s waters. And follow their use from livestock drinking water to boating ponds. Like the most ridiculously sited pond in London. What do we know about water? it runs downhill. So where shall we dig a pond? At the top of the hill! Water meets the fire used to spread the news. While nearby they turned their eyes to the stars.

Will there be puddles? Maybe.

Along with the Tyburn & the Fleet, the Westbourne wends its watery way from the highest point in London down to the River Thames. We learn of knights in shining armour, get a glimpse of ‘watery’ mews en route & learn how a formidable (& fabulous) Georgian Queen Consort changed the course of the Westbourne forever……..

It isn’t exacty new and it cetainly isn’t a river. However, this man made watercourse was built to bring fresh drinking water to the citizens of Tudor London. We will follow the river from Ware it started, along the 28 miles of path to the original outlet in Islington. 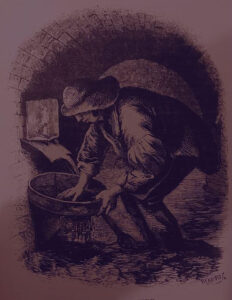 Perhaps the most familiar of London’s Lost Rivers, the Fleet has a certain Jekyll and Hyde character.

From its beginnings as a mellifluous waterway with its source in health giving Hampstead i(in fact one of the springs flowing into the Fleet is in the grounds of Kenwood House –the very essence of privileged gentility) to its dramatic descent down the centuries into one of the foulest open sewers in the city, its change of character affected the areas it travelled through.

At one point the Fleet was known as the River of Wells with spring wells being built along its banks at St Chads, Bagnigge and Clerkenwell, so that the citizens of London could benefit from the healing qualities of the chalybeate waters…

However, as early as the 13th century, the lower section of the river was known as the Fleet Ditch , the flow of the river reduced to an unhealthy stagnancy as the growing population began to throw rubbish and human waste into the water…

In the last decade, the Fleet , true to character, became home to a modern day monster, The Whitechapel Fatberg a giant mass of congealed cooking fat that threatened to clog up London…for those strong of stomach we’ll be getting up close and personal with this extraordinary product of the notorious Fleet River part of which went on display at the Museum of London in 2018. 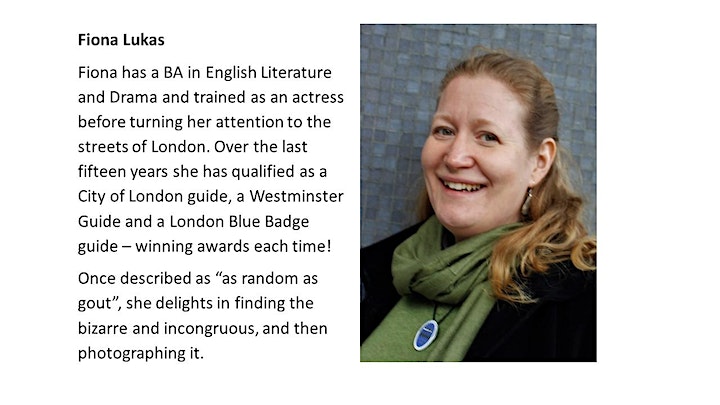 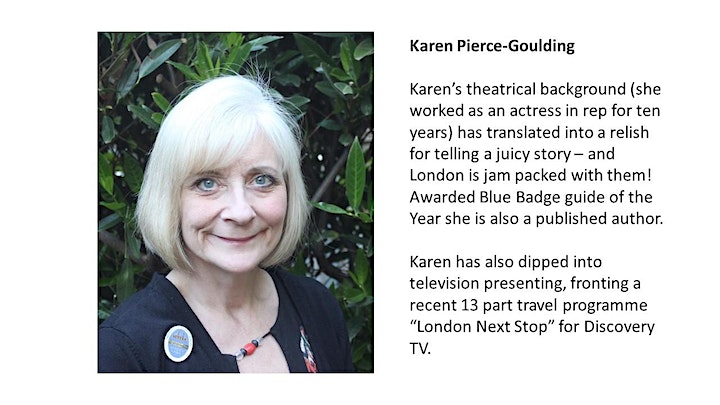 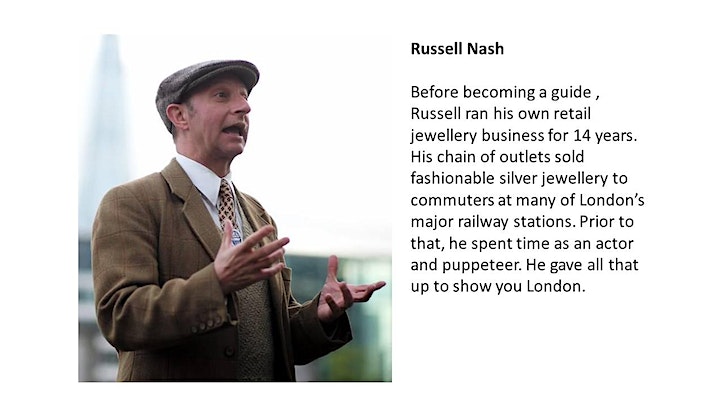 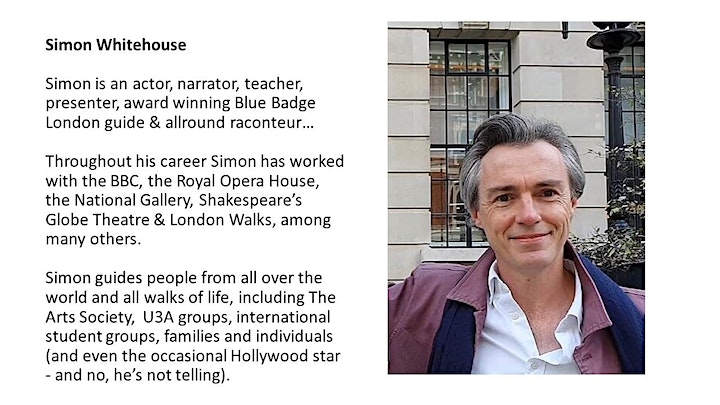 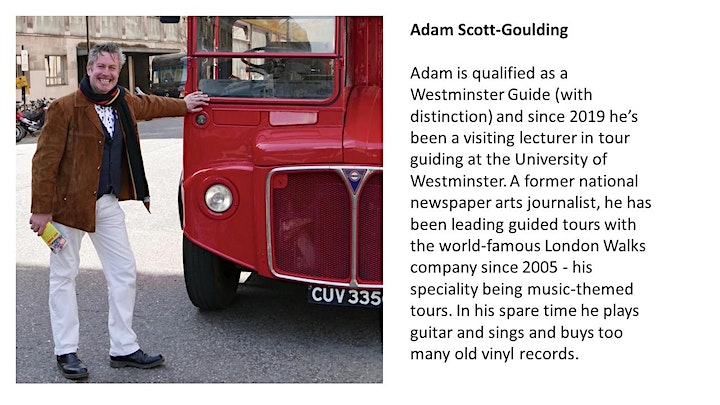