Virtual  Jewish East London: A Journey through the Heart and Soul of a Culture

East London was the epicenter of Jewish life and culture for over a century, and vestiges of its heart and soul lurk around every corner. 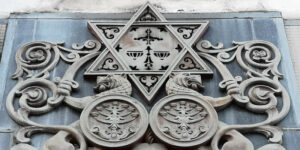 Jews have had a presence in Britain for at least a millennium. But reflecting the Jewish story elsewhere, there have been years of bitter tears and discrimination but many good ones too, especially in modern times. It’s a fascinating mix of medieval tragedy and the achievements of more recent generations. 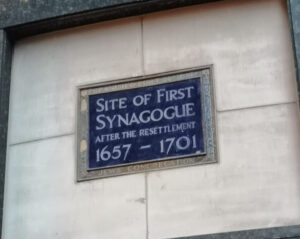 London Blue Badge Tourist Guide and Lonely Planet guidebook writer Steve Fallon kicks off the tour by walking you briefly through the history of the Jews in Britain. He’ll cover the arrival of Jewish traders and settlers with William the Conqueror in 1066 and their expulsion just two centuries later until resettlement under Oliver Cromwell and later the emancipation and growth in the 19th and 20th centuries. Then we’ll set out for East London, the epicentre of Anglo-Jewish culture from the late 19th century until the 1970s, when much of the population fled to greener and more affluent pastures in the suburbs. 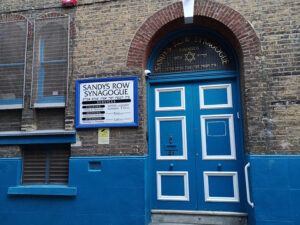 This area is England’s answer to the Lower East Side – it’s a bit too large to walk through in an hour but on our virtual magic carpet ride, we’ll start in Mile End and make our way with ease through Stepney and Whitechapel to Spitalfields, our final destination. 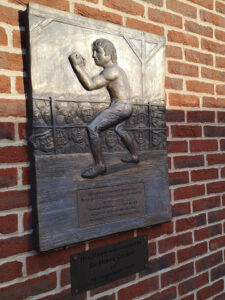 Along the way we’ll encounter synagogues (including the oldest still in use in Britain), the first Jewish burial ground, where influential Rothschilds are buried next to heroes like boxer Daniel Mendoza, Cable Street where Jews and their allies fought off British fascists and the train station where Kindertransport children arrived on the eve of World War II. And then there are the old clothing markets, beigel shops and the place where `fish and chips’ – a Jewish invention – was first served. It’s a twilight world but one that perseveres both in memory and for real. 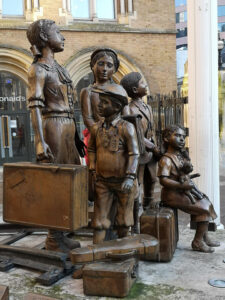 Added bonus: acclaimed painter and art tutor Hilary Rosen will join Steve to talk about her work and its connection to her birthplace, London’s East End. How is it that Jewish East London has produced so many fine painters? 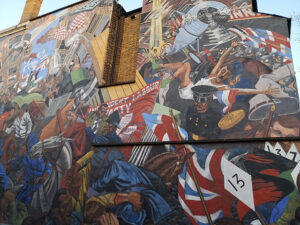 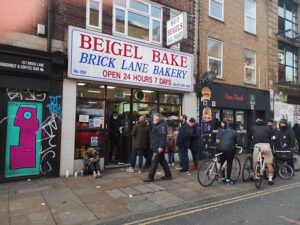 Reserve your place on Jewish East London: A Journey through the Heart and Soul of a Culture