In the Footsteps of Sherlock Holmes

Guided by Corinna or Fiona-Jane Weston or Richard IV

Follow in the footsteps of Arthur Conan Doyle’s famous sleuth Sherlock Holmes in this London walking tour. Investigate the places from the Holmes stories as well as the TV and Film adaptations of the famous detective’s adventures in this guided tour. 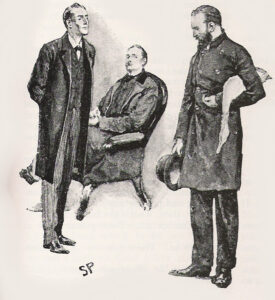 Grab your deerstalker and magnifying glass – we’re going sleuthing! A classic Holmes walk returns, taking in locations from many of the original stories by Arthur Conan Doyle, including:

From the gas-lit alleyways around Covent Garden, via the original offices of The Strand Magazine, to the Royal Opera House where the great detective Holmes and his associate Watson celebrated the end of one terrifying case, and the railway station where another of their greatest cases got underway.

Plus theatres which hosted the great stage Holmeses – William Gillette and H A Saintsbury.

Ends at the famous Sherlock Holmes pub with its marvellous recreation of the famous 221b Baker Street sitting-room.

At the end of the walk, why not follow further in Holmes and Watson’s footsteps by walking through: 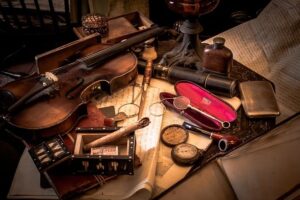 How did Sherlock Holmes start?

The first Sherlock Holmes novel written by Arthur Conan Doyle was A Study In Scarlet which was published in 1887. Doyle also wrote short stories about the detective and his adventures in the early days.

Who is the Illustrious Client Sherlock Holmes?

It is never revealed who the Illustrouse client is in this adventure where Holmes and Watson take on the sadistic Austrian Baron Adelbert Gruner. However, it is heavily implied it is King Edward VII or another member of the royal family.

Will this Sherlock Holmes tour of London include the Museum?

No, this tour will not cover the Sherlock Holmes Museum.

If you can’t make one of the regularly scheduled, just-turn-up, public Sherlock Holmes’ London walks do think about booking one as a private tour. If you go private you can have the Sherlock Holmes’ tour of London Walk – or any other London Walk – on a day and at a time that suits your convenience. We’ll tailor it to your requirements. And – always with private London Walks and tours – we go to great lengths to make sure the guide-walker(s) “fit” is well-nigh perfect. Ring Fiona or Noel or Mary on 020 7624 3978 or email us at [email protected] and we’ll set it up and make it happen for you. A private London Walk – they’re good value for an individual or couple and sensational value for a group – makes an ideal group or educational or birthday party or office (team-building) or club outing.

A private London Walk makes a very special, indeed a unique gift – be it a birthday or anniversary or Christmas present or whatever. Merchandise schmerchandise (gift wrapped or not) – but giving someone an experience, now that’s special. Memories make us rich.

3 reviews for In the Footsteps of Sherlock Holmes

Reserve your place on In the Footsteps of Sherlock Holmes