The 13 Ghosts of the Tower of London 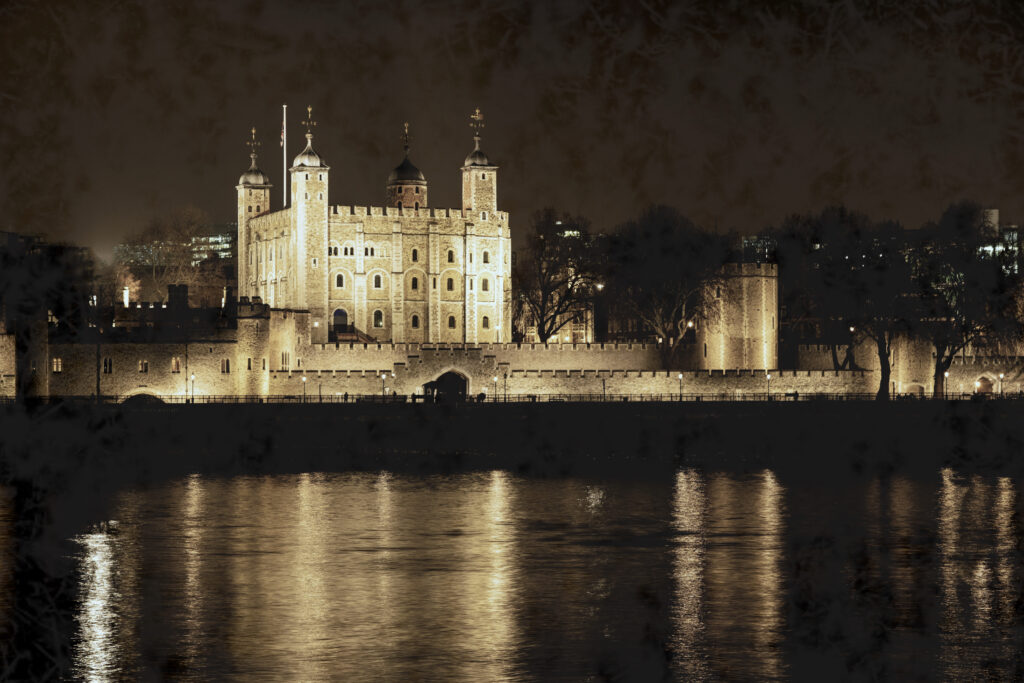 Photo by Nick Fewings on Unsplash

Built by William the Conqueror in the 11th century to defend and secure his status as King of England, the Tower of London became not only a magnificent fortress but a Royal palace too. It also became the backdrop for some of the grisliest scenes in history. The execution of three English Queens; Anne Boleyn, Catherine Howard and Lady Jane Grey. A mother beheaded for the sins of her son. The supposed murder of the two young princes locked up in the Bloody Tower by their uncle, the Duke of Gloucester. Treason, murder and execution, the stone walls of the Tower of London have seen it all. Little wonder then, that it is one of the most haunted places in all of Great Britain. Need to hear more? Here are the 13 ghosts of the Tower of London, in all their gory glory.

Guy Fawkes was taken to the Tower of London after his part in a plot to assassinate James I at parliament in 1605. Imprisoned in the Queen’s House, Guy Fawkes was subjected to intense torture, likely on the rack in the White Tower dungeons. Can you hear his screams?

As ghost stories go, there are few as spooky, and as tragic, as this one. When Henry VIII broke with the Roman Catholic Church to set aside his first wife, Katherine of Aragon, and become the Supreme Head of his new church, the Church of England, Anne Boleyn became Henry’s second wife. Just three years later, Anne was accused of adultery and taken as a prisoner by barge along the River Thames to the Tower of London, through the infamous Traitor’s Gate. Anne was beheaded on Tower Green and laid to rest in the Chapel Royal of St. Peter ad Vincula (St. Peter in Chains), the parish church of the Tower of London. Some 340 years later, a soldier reported seeing a light burning in the closed chapel. After climbing to a window to look within, the soldier is said to have seen a procession of knights and ladies, led by a headless Anne Boleyn.

Henry III housed his menagerie of wild animals at the Tower of London, including a gift of either lions or leopards from the Holy Roman Emperor Frederick II in 1235. Pumas, tigers, jackals, an elephant from France, and even a polar bear were to follow. Visitors came to the Tower to see the creatures with bear baiting going on to become a popular pastime in 16th and 17th century London. And it seems the horrors of this pastime are still heard today, with the ghost of a bear which is said to appear from behind the door of The Jewel Room, perhaps a spectral guard to The Crown Jewels? The ghost of a black bear is also reported to have appeared near the Martin Tower in 1816.

Sent to the Tower no less than three times, explorer Sir Walter Raleigh was imprisoned by both Elizabeth I and James I, spending over 13 years in the Bloody Tower during one confinement, and attempting suicide. Sir Walter Raleigh’s last imprisonment at the Tower of London, in the Beauchamp Tower, took place in 1603, before he was beheaded outside the Palace of Westminster.

In 1957, Welsh Guardsman Johns was on sentry duty at the Salt Tower when he encountered a shapeless form with the face of a young woman, perhaps one of the many women who suffered a terrible fate at the Tower of London.

Like Anne Boleyn, the beheading of Margaret Pole, Countess of Salisbury took place on Tower Green, which lies to the west of the White Tower. Brought to the scaffold by Henry VIII for the crime of being the mother of Cardinal Pole who opposed Henry’s self-created position as Supreme Head of the Church of England, Margaret Pole was 67 at the time of her death. Eyewitnesses say the executioner on the fateful day in 1541 was a “wretched and blundering youth” who, unable to perform a clean execution with his axe, instead hacked at Margaret Pole’s head and shoulders. That eternal scream echoes through the towers today.

The Tower of London is protected by the Yeoman Warders, nicknamed Beefeaters. In 1864, Captain J.D Dundas observed a Yeoman attempting to charge a ‘whitish, female figure’ with his bayonet. Chillingly, this apparition appeared in the courtyard where Anne Boleyn was beheaded.

Known as the English queen with the shortest reign, protestant Lady Jane Grey became Queen after the death of King Edward VI, son of King Henry VIII. Edward named Lady Jane Grey as his heir in his last will, over his half-sister Mary. A pawn in Royal power games, the King’s protector John Dudley had arranged for the 16 year old Lady Jane Grey to marry his son, Lord Guildford Dudley. On Edward’s death on 6th July 1553, Lady Jane Grey became Queen, a title she was to hold for just 9 days before the council decreed that Catholic Mary was the true ruler of England. Lady Jane Grey, and her husband Dudley, were executed on the infamous Tower Green in 1554. The white figure of Jane is said to haunt the battlements of the Tower of London to this day.

If you visit the Tower of London, listen out for the sound of sandals slapping against the stone floors, reported to be from the steps of a ghostly monk.

An oft repeated ghost sighting at the Tower of London is that of Arbella Stuart, cousin to Elizabeth I. Arbella was imprisoned by James I for marrying William Seymour, nephew of Lady Jane Grey, without Royal consent. Seeing this match as a possible threat to his throne, James placed Arbella under arrest at the Tower, where she either refused to eat or was purposefully starved. Arbella’s ghost is thought to stalk the Queen’s House.

On the death of Edward IV, Edward’s young son, 12 year old Edward became King Edward V, under the protection of his uncle, the Duke of Gloucester. Wanting to take the crown for his own, the Duke of Gloucester imprisoned Edward, and his young brother Richard in the Tower of London. Their mother, Elizabeth Woodville took sanctuary at Westminster Abbey. After declaring young Edward illegitimate, the Duke of Gloucester became King Richard III and Edward and Richard were never seen again, believed to be murdered at the order of their uncle. The bones of two children were later found beneath a staircase in the Tower of London.

Lastly, is the ‘nameless thing’, a petrifying spirit which follows the guards of the Tower as they walk their beat from the river’s Sally Portal entrance.

A terrifying tourist attraction since the 18th century

The Tower of London has been a tourist attraction since the 18th century, so you can experience the chilling atmosphere of the Tower yourself, or better yet, on a London Walks tour where our expert guides will reveal even more chilling tales of the ghosts of London.