Shakespeare’s life in London: The backdrop of his most creative years 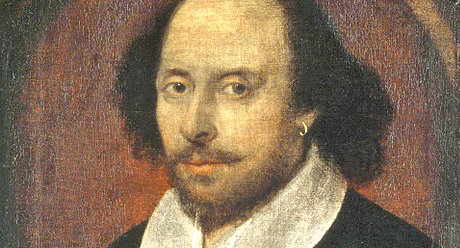 The greatest playwright in British history

William Shakespeare is one of the greatest playwrights, actors and poets in British history. From ‘all the world’s a stage’ in As You Like It and ‘the course of true love never did run smooth’ in A Midsummer Night’s Dream to ‘all that glisters is not gold’ in The Merchant of Venice, Shakespeare’s words still pepper the English language, reinvented for the modern age.

Allow us to introduce you to Shakespeare’s London

Shakespeare was born in Stratford upon Avon in the 16th century, so you’d be forgiven for thinking the best place to step back into his life is in his hometown. But it was in London that Shakespeare was at his most creative, as a founder member of the Lord Chamberlain’s Men performing at court for Queen Elizabeth I and King James I, taking up residence at the Globe, and writing his most famous plays, like Romeo and Juliet, Macbeth, A Twelfth Night and A Midsummer Night’s Dream. And so, please allow us to introduce you to Shakespeare’s London.

London in the late 16th and early 17th centuries was home to around 100,000 people. Its population was diverse – from nobility to beggars, royalty to refugees. Doesn’t sound that different to today does it?

This era was Elizabethan England at its finest, with Queen Elizabeth I reigning supreme following the death of her father, the tyrannous King Henry VIII. It was a London of royalty and courtiers, but also poverty and plague – all of which was poured into Shakespeare’s plays. Think of the range of royal characters in plays from Henry V to The Winter’s Tale and the thieves in Merchant of Venice to name but a few.

The upstart crow in Elizabethan England

Shakespeare is said to have moved to London by 1592 when he was 28 years of age, as it was then that a letter was published written (posthumously and without his knowledge) by playwright Robert Greene to his fellow playwrights where he calls Shakespeare an’ upstart crow beautified with our feathers’. This was Elizabethan England at its finest, with Queen Elizabeth I reigning supreme following the death of her father, the tyrannous King Henry VIII. A London of royalty and courtiers but also poverty and plague, colour and diversity that was poured into Shakespeare’s plays.

Unlike modern London, where the West End is theatre heartland, in Shakespeare’s time, it was the East End of London that housed the very first theatre in Shoreditch, built in 1576. As one of the Lord Chamberlain’s Men, Shakespeare performed at The Theatre in Shoreditch as part of the acting company, and when a new playhouse was sought after a fall out with the landowners, it was Bankside across the Thames that Shakespeare and his men painstakingly transported each timber beam of The Theatre, reinventing it as the Shakespeare’s Globe Theatre.

Not long after, in 1587, The Rose Theatre was built nearby in Bankside. This was the first purpose-built playhouse to stage one of Shakespeare’s plays.

Where did Shakespeare live in London?

Shakespeare started his London life north of the River Thames, in the City. The parish of St Helen’s in Bishopsgate was his home until around 1596. It was literally The Bishop’s Gate, the eastern gate that was part of the City of London’s protective wall.

Just after, Shakespeare is said to have moved to The Liberty of the Clink in Southwark, an area infamous for its prison (where the slang ‘in the clink’ originated) and for its bear baiting. It was also home to many theatres, such as Shakespeare’s Globe Theatre. It seems that the morning commute was a factor in where to live even in Shakespeare’s time! He clearly didn’t want to brave Southwark Bridge in rush hour!

A favourite of both kings and queens

It was at The Original Globe Theatre that Shakespeare’s work was most prolific. He wrote the plays that we all know and love today such as Hamlet and Twelfth Night, and performed them in this open air theatre.  Alas, the Elizabethan era was to come to an end in 1603 with the death of Queen Elizabeth I. Queen Elizabeth was succeeded by James I, who decreed that the Lord Chamberlain’s Men should become the King’s Men. The King’s Men were great favourites at King James’ court, and able to perform at The Globe in the summertime and a new indoor London theatre at Blackfriars during the winter months.

At the gates of Londonium

With the new monarch came a new home for Shakespeare, with records suggesting the bard moved back to the City of London around 1604, moving to Silver Street in Cripplegate close to St. Paul’s Cathedral, renting lodgings with Christopher and Mary Mountjoy. Cripplegate was another of the City of London’s protective gates, this time the northern gate of the fort of Londinium, or Roman London. Sadly, the home of the Mountjoy’s was destroyed in the Great Fire of London in 1666, alongside the St Paul’s Cathedral that Shakespeare would have known.

A slice of Shakespearean London

One of the great Shakespearean works, The Tempest, was written around 1610 and performed before King James I on 1st November 1611, a tale of shipwreck, and one of Shakespeare’s last plays. A little after this, in 1613, the Bard purchased his own little plot of London real estate, a gatehouse in Blackfriars, his second home after buying New Place, one of the largest homes in Stratford upon Avon in 1597. Interestingly though, Shakespeare is believed never to have lived at the Gatehouse, preferring to rent it out.

The end of the Globe and a lasting legacy

It was in 1613 that disaster struck during a performance of King Henry VIII, when a cannon set the thatched roof of the theatre alight, and the entirety of the Globe went up in flames. Shortly after, Shakespeare left London for Stratford upon Avon, passing away on the 23rd April 1616. American actor Sam Wanamaker made it his life’s mission to build a reconstruction of the Globe Theatre. After 23 years of painstaking work, building commenced. Sam never got to see the finished article, The Globe Theatre, but his legacy lives on in the Sam Wanamaker Playhouse, The Globe’s new indoor theatre.

Shakespeare is still very much evident in London, if only you know where to look. Let the experts guide you to Shakespeare’s and Dickens’ Old City.