Join us from the comfort of your own home for the unique interactive experience! 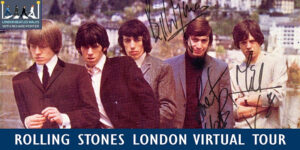 The Rolling Stones were very much a London Band. Richard can guide you around the Stones major London hangouts in the Soho area.