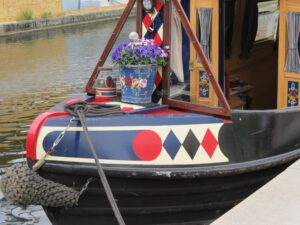 This river – navigable from ancient times – seems peaceful enough now. And so it’s been for centuries. After all, it was the source and inspiration for one of the great classics of English literature: Isaac Walton fished along it, and wrote “The Complete Angler.” 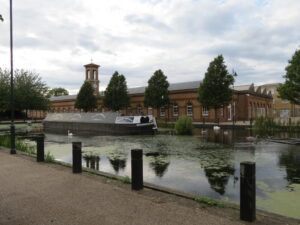 There was a time, though, when matters were very different indeed. For starters, King Alfred once destroyed the Viking fleet near here. 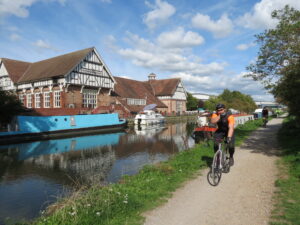 Animals are grazing in fields, and there’s an old mill. But a power-driven lock shows there was heavy barge traffic not long ago. It’s a rich repast of history, of remarkable contrasts. For example, parts of the factory which made the Lee-Enfield, once the Army’s standard rifle. And then the place where a factory produced equipment for the world’s first H.D. T.V. transmitter at Alexandra Palace.

So rural and urban, industrial and bucolic, nature and town. What’s not to like?