Walking a Book, Walking a River

“Running beneath it all was the Tyburn, the dark river connecting all the places of power. It ran like a noxious strand through the weave, interlacing everything and everyone together, yet it was hidden from the view of
the people who crossed it, unknowing, on the surface.”

So says the protagonist in my mystery/crime novel ‘Plague’ (Claret Press, 2020). The Tyburn, or
rather, its course, because it is now part of London’s sewage system and known as Kings Scholars
Pond Sewer, is also a metaphor for the corruption and malfeasance which is rife in the corridors of
power which run above it. 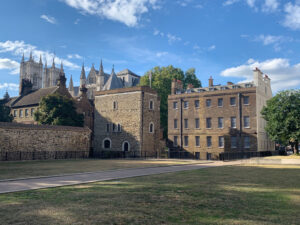 Much of ‘Plague’ takes place in that small area of Westminster from Oxford Street in the north to
the Palace of Westminster in the south, including some of the most historic, and expensive, real
estate in the country – Mayfair, Belgravia, St James’ and the parish of St Margaret’s, Westminster
itself – but also some of its most interesting, at least to me. It also covers Paddington and Pimlico,
the former once rejoicing in the name Tyburnia.

I was a senior civil servant, working in Whitehall for many years and I became fascinated by the
layers of history which that particular part of London held. Thorney Island, created by the delta of
the original River Tyburn where it met the Thames, saw power – religious, royal, administrative,
legal, local, national and, eventually, imperial – concentrate in that place over time. The area covered
by old Thorney Island now contains the Houses of Parliament, sovereign body of the UK, Downing
Street, home of the head of the executive branch of government, the Supreme Court, highest legal
authority in the land, Westminster Abbey and Church House, the Treasury, the Foreign and
Commonwealth Office, various other administrative offices of state and of the intelligence services.
Power is, unsurprisingly, the theme of my novel. 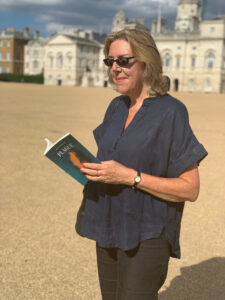 The Tyburn proved a very useful way of linking many places of power together and, as part of the
pre-publication publicity for my book I conducted my own ‘Book walk’ with a photographer friend, to
make a photographic record of the locations which feature in the novel. We began, most
appropriately given the book’s title, at the Royal Society of Medicine in Wimpole Street, seated next
to a portrait of Sir Edward Jenner, vaccination pioneer. First stop was St Peter’s Church on Vere St.
also sometimes known as Marylebone Chapel (1722). This Georgian church, which featured in
Hogarth’s Industry and Idleness series is mentioned in the novel as a possible location for the next
crime, mainly because it is in the right place. It lies close to Marylebone Lane, a twisting, turning
thoroughfare amidst a grid pattern of other streets. Its path is tortuous because it follows the course
of the old River Tyburn.

Marylebone Lane runs to Oxford Street, meeting it at Bond Street Underground station and it is
there where ‘Plague’ opens. Cassandra, our heroine, arrives there to take part in an assessment of a
large infrastructure project – the creation of the extension to Bond Street Station to allow for the
building of the Elizabeth Line (also known as Crossrail). We found the building site, south of Oxford
Street, just along Davies Street, as the works are still ongoing, though they are now well advanced.
Following a hidden river on foot makes one reconsider the topography of the land. I had always
thought of central London as flat, but I began to see the small undulations and gradients beneath
the buildings and the streets. A river will always run downhill and follow the easiest, and lowest, course, so we found ourselves noticing the slightest of gradients – something, I’d guess, cyclists
notice all the time.  This led us to explore all sorts of hidden byways and discover all sorts of
interesting oddities – Sotheby’s storage warehouse, for example, or charming little quiet back streets
and mews. 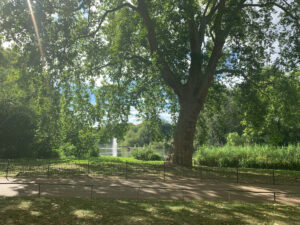 We also visited more famous places, like Berkeley Square (sans nightingales ) and Mayfair, scene of
another crime in the novel and haunt of my character, Richard ‘Spikey’ Fullman, gentleman of the
road, because ‘he claims you get a better class of hand out there.’ Green and St James’ Parks
provided peace and green shade before heading along Queen Anne’s Gate to Broad Sanctuary and
Parliament Square. Then Horseguards Parade, where, in the novel, Cassandra narrowly escapes
assault by thugs who spill over from a demonstration taking place in Trafalgar Square and down
Whitehall. Incidentally, although ‘Plague’ is neither a COVID, nor even a pandemic novel the parallels
with current events are striking. Early reviews contain the words ‘topical’ and ‘prescient’ more
frequently than leaves one comfortable.

We digressed, occasionally, to other locations mentioned in the book, like North Audley Street,
where the staff members of a local hostelry were bemused by our insistence that, yes, there were
ancient Roman baths nearby. This wasn’t the only time we entertained the locals. Doing a ‘piece to
camera’ in front of the Jewel Tower on Abingdon, sometimes called ‘College’ Green, opposite the
Palace of Westminster, we amused that cohort of professional news cameramen (and they were all
men) sitting by their tripods waiting to film politicos being interviewed. They looked bored, as well
they might, given that it was recess.

Naturally, we visited New Scotland Yard on the Embankment in the Curtis Green building, home to
the investigation in the novel, where the fictitious ‘Incident Room’ is located on the fifth floor. This
location is very close to that of the old Whitehall Steps and the outflow of the northernmost arm of
the Tyburn. While on the Embankment we took the opportunity to pay homage at the memorial of a
hero of mine, Sir Joseph Bazalgette, Victorian engineer extraordinaire, creator of London&#39;s sewer
system and embanker of the mighty Thames. Bazalgette is also the hero of George Bindel, sewer
man and historian, in ‘Plague’, who leads our heroes on a subterranean tour.

Thence to the Palace of Westminster, via a brief, if intriguing, stop at the equestrian statue of
Boudicca near Westminster Bridge, and the warren of small streets near the Palace and School,
particularly Great College and Barton Streets, which are of particular significance in the novel.
Great College Street runs alongside the 14th-century boundary wall of the Abbey grounds and
follows the course of the Tyburn which, at one time, would have flowed into the Abbey moat. Its
drain covers are quite distinctive. There we met a resident who was charmed to find her street
featured in a forthcoming thriller (and we think we made a pre-ordered sale). 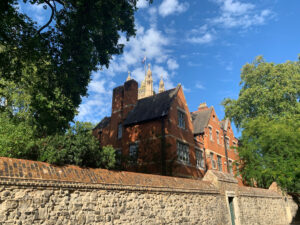 We were not finished there, but walked down to St John’s Square and Marsham Street, lined by
more government buildings, hopping onto the Number 88 bus to Pimlico to find the southern-most
outflow of the Tyburn sewer. Following Tachbrook Street, home to another character in the novel
and named for the Tach Brook, which flowed into the Tyburn, we reached the Thames.

You can see the photomontages which resulted from our Bookwalk @julieandersonwriter on
Instagram, https://twitter.com/jjulieanderson or read the blog pieces I wrote about it on my web-
site at https://julieandersonwriter.com/. A visit to the Palace of Westminster will yield acquaintance with the Doorkeepers and much else. Churchill’s War Rooms (part of the Imperial War Museum,
entrance Clive Steps, King Charles Street) are open to the public, if you want to see what the World
War II rooms look like.

Next will follow a real-live guided walk, led by me, when I manage to pluck up the courage. In the
meanwhile, why not read the book? ‘Plague’ is published by Claret Press, costs £9.99 paperback and
£3.99 ebook, on Amazon, Waterstones and other online retailers, or from your local bookshop. It
was published on Tuesday and is getting rave reviews. I leave you with Cassandra’s musing as she
looks down Whitehall. Perhaps my novel was prescient in other ways too?

“At the far end of Whitehall was the Palace of Westminster. The Elizabeth Tower was shrouded in
scaffolding obscuring the clock face. Green netting was wound around the west face of St Stephen’s
Porch. What else enmeshed the Palace and those within it? Had the corruption already taken hold,
bringing its odour as surely as the subterranean Tyburn, flowing beneath it, brought the stench of
putrefaction?” 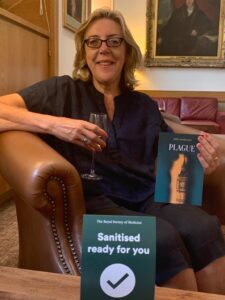