Protest in the capital.

From Boudicca & The Peasants’ Revolt to Suffragettes & BLM 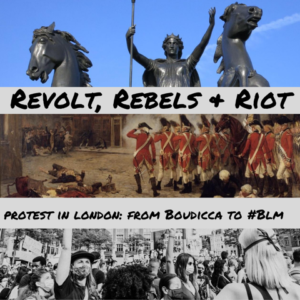 The right to protest has been held dear by Londoners since its foundation.
Some of its citizens have petitioned, some have campaigned. Some, however, have rebelled and some have rioted. 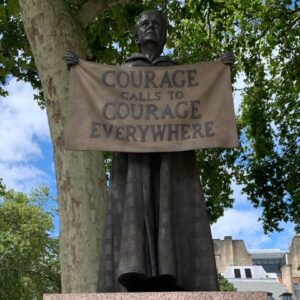 Other mobs have been stirred up by bigotry, hatred, frustration and intolerance.

Revolt, Rebels & Riot will be delivered direct to your device via Zoom. Full details will be sent to you on booking.